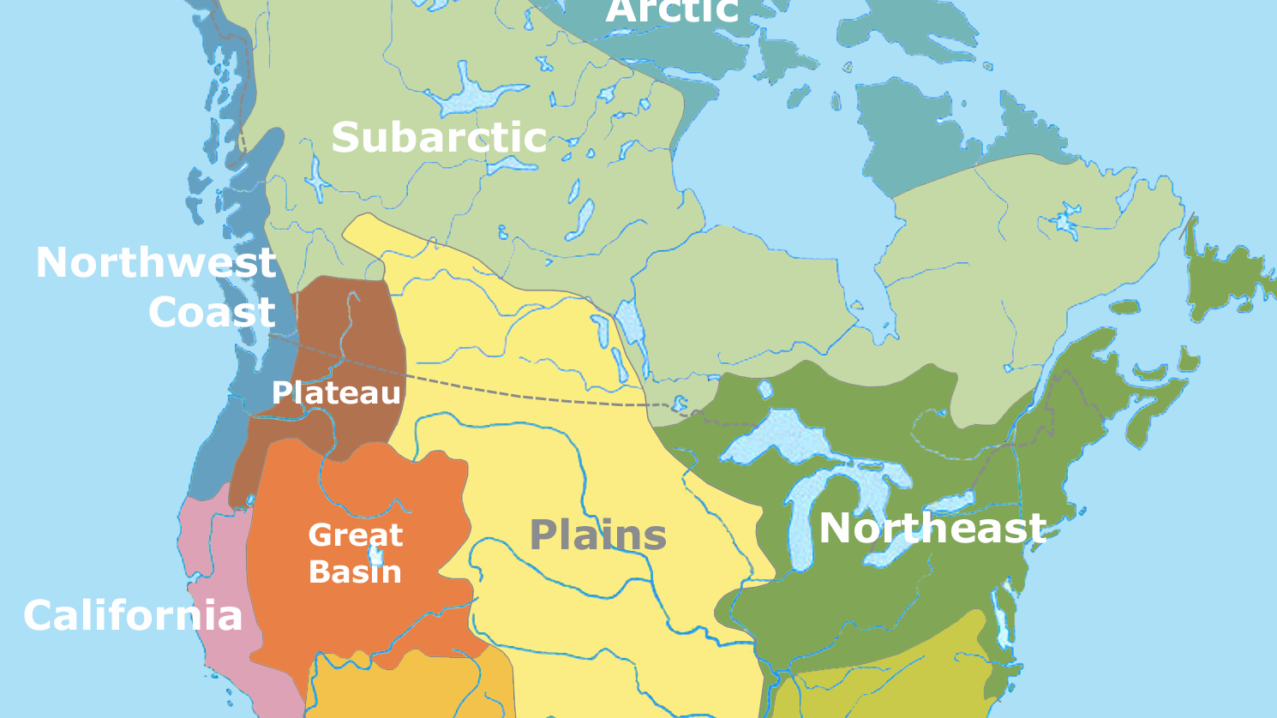 In our time, politics and culture are increasingly oriented to the national scale on the one hand, and the immediate neighborhood on the other.  A book, The Increasingly United States, by  Daniel J. Hopkins, highlights this.  However, in my view, besides national, state, and local interests, the oft-overlooked regions of  America deserve serious consideration when it comes to influence, tradition, loyalty and [of course] politics and culture.

We have been trained since the Civil War to put the United States first, and not to repeat Robert E. Lee’s error of putting Virginia first.  I was at my first professional American soccer game a few days ago [LA Galaxy beat Portland 2-1].  In American fashion we began by standing while the Star-Spangled Banner was sung.  There were no anthems for the State of California, the County of Los Angeles, or the City of Carson.

Regions, however, tend not to correspond with states.  California roughly corresponds to the Mediterranean zone of the United States, but Texas stretches from the swamps and bayous of the Gulf Coast into the desert.  It is even said that the people of El Paso don’t identify much with Texas.

There was, in fact, a Regionalist Movement in American art before World War II, led by John Steuart Curry, Thomas Hart Benton, and Grant Wood.  The California Water Color School, of which our family friend, Millard Sheets, was a leading example, was part of this movement to celebrate the distinctiveness of American regions.  The New Deal, often thought of by conservatives as a time of centralization, favored Regionalism in its WPA art programs, according to Michael Lind in his book Made in Texas, chapter 3.  He declares,

The American regionalist movement in the arts and architecture between World War I and World War II drew eclectically on a number of traditions, including the Mexican Muralist movement initiated by the visionary Mexican statesman Jose Vasconcelos, romantic folk primitivism, Marxist social realism, and the interest in regional planning and suburban design of two British thinkers, Patrick Geddes and Ebeneezer [sic] Howard.  Some of the regionalists, like the critic Thomas Craven, were xenophobic nativists, but the majority were political liberals.  Their emphasis on modest homes for middle-class and working-class Americans went along naturally with an emphasis on providing ordinary citizens with public amenities like pleasant neighborhoods and easy access to nearby parks and recreation areas.

At a time when areas outside the Northeast and Midwest were rather undeveloped and unindustrialized, FDR sought to disperse industrial development to the rest of the country.  And he sought to disperse much of the population concentrated in the Northeast into something like Frank Lloyd Wright’s Broadacre City.  Many of the programs that accelerated the growth of suburbia after World War II, like FHA, began under the New Deal.  But it was World War II that succeeded in the nationwide disbursement of industry.  Then, once the Cold War started, the CIA tried to promote Abstract Expressionism, rather than Regionalism or Social Realism, as that period’s American form of art.  Meanwhile, most Americans were rather amused by it, at best!

Popular music, after the Jewish-influenced days of Tin Pan Alley, has generally been based on a Southern standard.  A Southern accent remains somewhat the standard for singing in most forms of jazz, rock, and country, regardless of where you may be from [even outside the United States!].  That is a tribute to the fact that most of our popular music forms originated in the South, through adaptations of black culture.  [Country music is less influenced by black culture, and it tends to pronounce its R’s very clearly!]

And there have been other regional networks in popular music, for example the Motown school of Detroit and the grunge of Seattle.  When I was young, Simon and Garfunkel exemplified to me the dark exoticness of New York City.  But the most distinctively regional musical movements were those that originated in Southern California in 1961.

First came a Middle-Eastern-influenced instrumental sound pioneered by Dick Dale, born Richard Monsour; and then a somewhat barber-shop-like vocal school pioneered by the Beach Boys.  Both of these were tied to the newly-popular and almost-faddish sport of surfing.  Meanwhile, although the sport itself became a worldwide phenomenon, its unique forms of music faded from the charts by 1965, the year that rock music moved from its ‘baroque’ age to its ‘classical’ age.

Also, marketers like Claritas discovered that in buying preferences [and often political ones!] people could be classified more by Zip Code than by larger region.  They classified every Zip Code in the country by clever names.

For example, a ‘Kids and Cul-de-Sacs’ zip code in one metro area seemed to have more in common with a Kids and Cul-de-Sacs zip code in some distant city than with other parts of its own metropolitan area.  And, in fact, by means of airplanes and modern communications, those who are concerned about various subjects and issues are increasingly more likely to socialize with each other, based on common interests, rather than with the rest of their metropolitan regions.  Likewise, the rise of cable and other television technologies have made us less dependent on the ‘media markets’ into which the nation was divided.

One force still upholding regionalism is, God forbid, sports.  People of different classes and backgrounds in Los Angeles are drawn together by the Dodgers; in Boston and Providence by the Red Sox; and in Pittsburgh by the Pirates and Steelers.  Sometimes there are two teams in the same sport in the same town, bringing interesting sociological divisions; the Yankees and Mets in New York, the Cubs and White Sox in Chicago, the Lakers and Clippers, and the Rams and Chargers, in Los Angeles.

This system is nonetheless fragile.  For one thing, sports teams play one city against another.  But more significantly, they may quite happily move around to a location where the local government is willing to build for them the fanciest new stadium imaginable.  This has to be one of the grossest forms of crony state capitalism in this country!  And no one seems to think about the result.

And what about the names of the teams, which are carried on to their latest locations.  Los Angeles Lakers?  An appropriate name in bad flood years like 1862, 1938, and 1969, maybe, but the rest of the time?  You look up their history and you find that of a time long ago they came from Minneapolis.  The Dodgers were once the Brooklyn Trolley Dodgers.  And Utah Jazz?  One associates Utah with many things, but not jazz.  If Utah had instead lured away the other New Orleans’ team, the Saints, it might have been more appropriate.  Utah, however heretical, is at least saintly in a way.  New Orleans, not!

Domestic and religious architecture is one area where regionalism prevails.  Spanish Colonial would be an odd sight in Boston, and British Colonial an odd sight in Los Angeles.  And, beyond the once-Spanish territories, North American backyards often have a transparent chain-link fence, or no fence at all.

I remember going to a conference at a Catholic retreat center, located in a suburb of Chicago.  I did a double-take when I realized that the buildings were pure Colonial.  After growing up in Southern California I assumed that Catholic churches were supposed to have off-white or beige walls and tile roofs.  Somebody had obviously not explained it to these people!

The Arts and Crafts’ style is all over the country, even in New England.  But it’s an interesting fact that there seems to be a line running through Los Angeles – a little east of Vine/Rossmore – where Arts and Crafts [called Craftsman locally] is abundant.  West of there, it seems not to exist.

I’m not going to get into the various theories of ethnographers.  But this map of Native American cultural regions [not linguistic families] is not all that off-base for American regions today, at least in the western half of the country.

So why should we not be more in touch with the land where we actually live?  One force against it is that most Americans now, especially in the more educated classes, move around and live in several different regions in the course of their lives.  That can’t be helped.  But while we are in a place, we should follow Jeremiah 29 verse 7:  Seek the peace and prosperity of the city to which I have carried you into exile.  Pray to the Lord for it, because if it prospers, you too will prosper.

Embrace the land where you are.  I would especially say this to immigrants; be willing to do this, and we should also embrace you.  In fact, I fancy putting posters of Jeremiah 29:7 in Spanish [and maybe other languages] all around the areas where they could be understood.