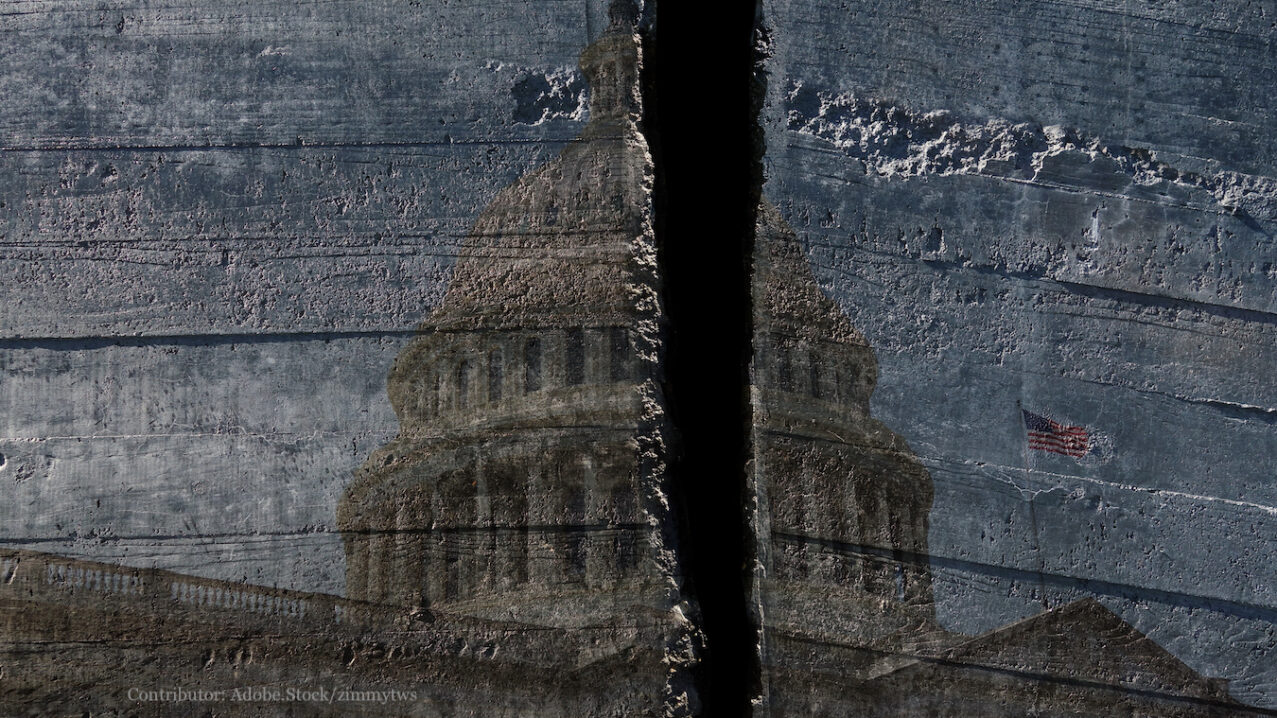 There are many ways of dealing with the current political polarization.  But, Fukuyama says, the best is to hope for yet another realignment, where a section of the electorate changes parties and gives one party a clear majority.

A friend of mine has asked me to respond to Francis Fukuyama’s recent essay in Persuasion, “Paths to Depolarization.”  I have always been a fan of Fukuyama, though I think he underestimates the self-interest of the bureaucratic class [see my 2020 post].

I might point out that in my own observation, this political polarization is mainly a white ‘thang’ and doesn’t affect the rest of America.  It’s been two castes of whites that can’t stand each other.  You’ll never get ‘white supremacy’ out of such a divided and polarized race, even if we wanted it!  [Some sections of Latinos, and even blacks, have started to object to the ‘woke’ regime.  We may see the division spreading beyond the white world soon].

He starts with the political fixes, which mostly copy European parliamentary models – ranked choice voting and multi-member districts.  The current system is called ‘first past the post’, that is, the plurality wins [the largest number, even if not a majority].  Under conditions like that a system of more than two parties is difficult to sustain.  [Mexico went from one party to three in 2000: we shall have to see how sustainable that is.]  But, he points out, ranked choice voting has not succeeded in promoting a multi-party system in Australia.

[An idea that I like is permitting third parties to choose between endorsing major party candidates or picking their own, as in New York State’s Conservative, Liberal, and Working Families parties.  I think California’s American Independent Party, Peace and Freedom, and the Green Party, are allowed to do that now, but I’m not sure.  And, in any case, these three have not become more than footnotes on the electoral scene].

Some cities that elect city councils at large, instead of voting on particular seats as Newport Beach does, have the top two, or at the most top three, vote getters [depending on how many seats are up] take the seats.  This might be helpful, although it would be best to do it with the whole city council at a time instead of half of it!  I haven’t been favorable to ‘at large’ in the past, but it would be preferable to a district system with ‘aldermanic privilege’, where each councilperson is conceded a veto on any project that falls within their district, and the rest agree never to overrule them.

On the national level, I would support a few Constitutional amendments.  One would change the number of electoral votes from ‘Senators plus Representatives’ to just ‘Representatives’.  That means every state would have two fewer electoral votes than now.     I would end the Senate filibuster system.  I would declare that “for the purposes of apportionment of Representatives and the election of Senators, the District of Columbia shall be treated as if it were a part of the state of Maryland.”  [Over my dead body should D.C. have two senators of its own!]  I would also tighten up the definition of ‘born under the jurisdiction of the United States’ for birthright citizenship.  Whether it’s possible to ‘bell the cat’ I don’t know.  [This, by the way, is a reference to an Aesop fable.  The mice were discussing ways of protecting themselves against the cat.  It was suggested that they put a bell around the cat’s neck so that they would be warned of the cat’s approach.  But then one of the mice pointed out, ‘OK, but who will volunteer to put the bell on the cat?’].

The idea behind some of these reforms is, of course, to encourage a more than two party system.  Fukuyama’s second option is to cultivate a Centrist Party.  Fukuyama says this would be difficult to achieve without Ranked Choice Voting.

But there’s more than one center.  The elite classes’ idea of a ‘center’ is the notorious ‘fiscally conservative, socially liberal’ approach that the majority of the highly educated prefer.  The populist version is almost the reverse.  The existing system makes it hard for groups like the American Solidarity Party and the & Campaign to get much traction; plus most of the media prefers the elite version of the ‘center,’ when they are not already radical left, and are not actually anxious to publicize the fact that American Solidarity and & Campaign exist as an option.

Actually, in one sense, we already have one.  The ‘Trumpite’ movement can be considered, in some ways, a move to the center or even left on fiscal and economic issues.  They support those parts of the welfare state that are provided to all regardless of income or class, like Social Security, Medicare, and other such provisions.  These are considered ‘earned’ entitlements.  The programs that are available only to the poorer sorts are disapproved, because the poor have not proved themselves ‘deserving’.  [For some, race enters into it too; the poor are perceived as non-white, though many of them actually are white.  It is difficult, says Robert Putnam, to have a sense of social solidarity with people who look or are ‘different’.  You cannot serve both diversity and solidarity, it would seem].

“The third path to depolarization starts at the grassroots, and involves efforts to teach Americans the arts of civility and deliberation.  Examples of this are the organization Braver Angels that seeks to connect red and blue America at a community level and to foster trust across party lines,” declares Fukuyama.  He cites a couple of reasons why this would be hard to do.  I have more.

First, do the polarized people really want to be depolarized?  I must admit I find it more interesting to read what my opponents write, because I already know the arguments for my side; but most people aren’t like that.  [If anything, I am more prone to what I call Denethor Syndrome.  Denethor was the Steward of Gondor who killed himself, and tried to kill his son, Faramir, because he had been driven to extreme pessimism because his enemy, Sauron, controlled the content on the palantiri, the Internet of the time.] Second, in an age of ‘bowling alone’, as Putnam calls it, how many people can be called away from their TV and video games to attend meetings on their own civility and deliberation?

There is a role for the Christian community, though it only affects a minority of people.  It has somewhat of an obligation in this regard, because some portions of the church have fallen to the heretical gospels of ‘Trumpism’ and ‘Christian Nationalism’, and others to the heresies of ‘Woke-ism’ and ‘Anti-Racism’.  The parts of the church that have not been taken over by these heresies need to stand up and make some noise, otherwise, in my view, most political issues should fall under Romans 14:2-6:

There are specific ways the church could do this.  First, it could talk about the poor, and God’s special concern for the poor, while not getting more specific than the Bible on how much of this is political.  But it should be made clear that the concern of Jesus and the Prophets for the poor is for all the poor, not just the ‘poor of color’.  In MLK’s last years, although I might not have liked a lot of his proposals, he was turning his attention to a ‘Poor People’s Campaign’ that was to be fully open to whites.

Second, make a moratorium on using political language to talk about theological views.  Instead of ‘liberal’ or ‘left’, say ‘modernist’ or ‘quasi-Unitarian’ or ‘heretical’ or ‘morally heretical’ or some such adjective.  Instead of ‘conservative’ or ‘right’, say ‘orthodox’ or ‘Biblical’ or ‘classical’ or some similar wording.  I’m not yet ready to give up on being ‘Christian’ to become a mere ‘Christ follower’, though I want to use the term ‘Classical Christian’ to define myself against those who think of themselves as ‘Christians’ because they love the latest version of the Jesus of popular culture.  [And I must insert my opinion here that the ‘Jesus’ of popular culture is one of the biggest obstacles to the Gospel today!]  I’m also a ‘Classical Protestant,’ because I think it’s too late for the word ‘Evangelical’.

According to Fukuyama, the best means for breaking today’s political deadlock is a realignment in which one side has a clear general majority, like the Democrats from the New Deal to Jimmy Carter and the Republicans from Reagan to George W. Bush.  Fukuyama mentions as his best example, however, 1896, the famous McKinley vs. Bryan contest, which broke a deadlock that had formed in 1876, and made way for the positive and negative reforms of the Progressive Era in both their Theodore Roosevelt and Woodrow Wilson forms.  [The Republican McKinley coalition bears a striking resemblance to today’s Democratic coalition, and the William Jennings Bryan one to today’s Republicans.]

But it seems like we just had a realignment, as Michael Lind called out as early as 2014, before Trump made his appearance.  He called the two alliances ‘liberaltarians’, or ‘densitarians’, which favor means-tested programs, and would include both the rich and the poor of the large dense cities; as well as ‘populiberals’ or ‘posturbians’, who inhabit less densely populated areas and who favor social insurance programs eligible for all.  So, we need another realignment to break Lind’s realignment!

Fukuyama thinks only the Democrats have the capacity to do ‘realignment’, because a part of the party is still resisting the madness of ‘defunding the police’, ‘critical race theory’, and ‘transgender ideology’.  If the Democrats keep the advocates of these from taking over the whole party, they can become a clear majority.  Fukuyama doesn’t suggest it, but an alternative policy is the following:  the Democrats fail to break the stranglehold of the ‘woke left’, while the Republicans stop their attacks on democracy by eliminating the perceived ‘racist’ aspects of their rhetoric.  Meanwhile, they make common cause with working class Latinos and blacks who are more interested in reconciliation than ‘antiracism’, and who already form the more socially conservative wing of the Democratic Party.

I think that this, however, will be more difficult to pull off.  Many people of color may be socially conservative, as when they were able to put over a proposition like California’s Proposition 8 in 2008 [remember, it lost the white vote, and by a narrower margin, the Asian vote].  But the pain and the wounds they have suffered may be too great for them to easily become Republican.  They bear, oddly, a similarity to the old Southern Democrats, who for a century after 1876 would not dream of joining the Republicans, but allied with the Republicans on some important issues, as when this alliance dominated Congress between 1937-1994.  The white Southern Democrats, after a century, did finally join the Republicans; another century before their non-white successors do the same.