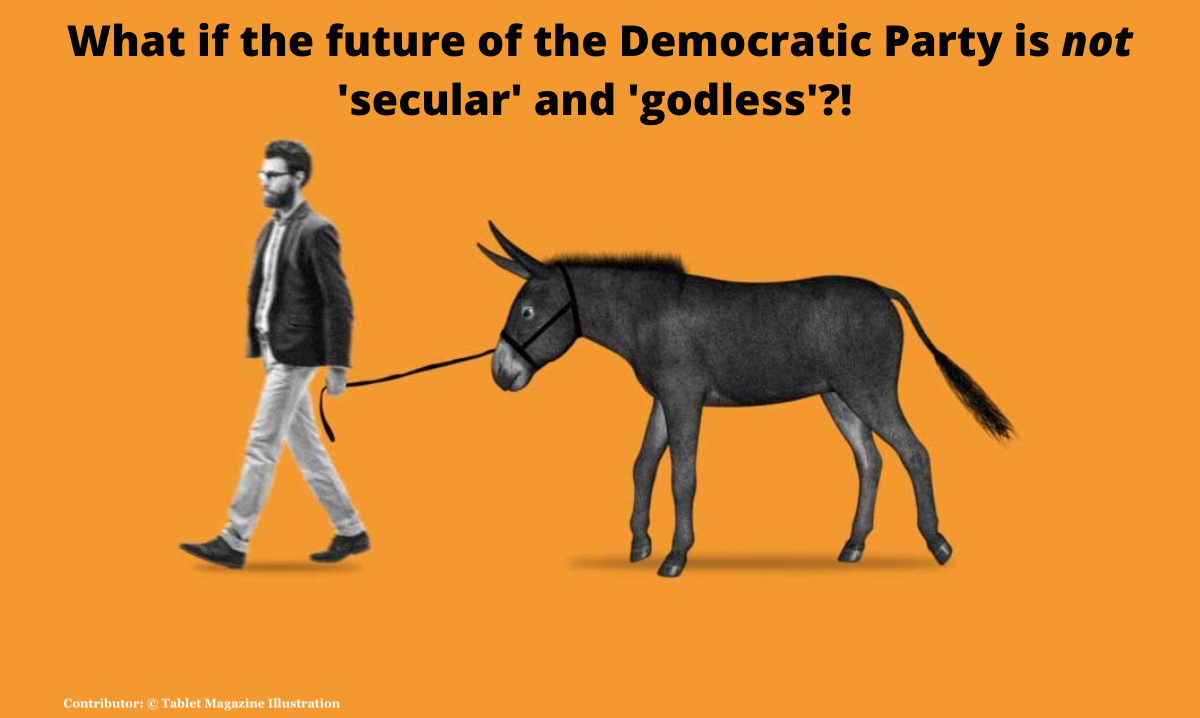 A surprising new force has emerged in the Democratic Party that seems to be taking on the role once held by the old Southern Democrats.

The Southern Democrats were a major institution for more than 100 years after the Civil War.  They rejected the Republican Party for historical reasons, more than because of current politics.  They often, from 1938 on, formed a bloc in Congress that would vote with the Republicans on certain issues, even though they would not dream of ever becoming Republican.  And they were not economically conservative free market types, but appreciated the New Deal.

This new force, oddly enough, is a large portion of the African American community.

A smaller portion of that community—mostly the intellectual leadership—has bought in to the extremes of the ‘critical race theory’.  But as Matt Yglesias informs us at Vox, recent events have driven a sizable element of the ‘woke’ white community to be more ‘liberal’ than the majority of blacks themselves on issues pertaining to ‘systemic racism’.

As NYT writer Thomas B. Edsall explained it last year:

Democratic Party voters are split.  Its most progressive wing, which is supportive of contentious policies on immigration, health care and other issues, is, in the context of the party’s electorate, disproportionately white.  So is the party’s middle group of ‘somewhat liberal’ voters.  Its more moderate wing, which is pressing bread-and-butter concerns like jobs, taxes, and a less totalizing vision of health care reform, is majority nonwhite, with almost half of its support coming from African-American and Hispanic voters.

[Edsall is citing nationwide statistics; in California this ‘moderate wing’ is probably only a very low percentage Anglo].

We tend to stereotype Democrats today as a secular and godless population.  That is more likely to be true of white Democrats.  Black Democrats overall are as religious as white Republicans, maybe more so.

An exception is the official Black Lives Matter movement.  Despite the popularized slogan, this group is specifically opposed to orthodox Christian theology and morality.  That may explain part of its appeal to certain whites.

However, I will never forget the Surprise of 2008 [it was not a surprise to me] when Proposition 8 was on the ballot in California, supporting the historic definition of marriage.  Somehow its promoters succeeded in decoupling it from the reputation of the Republican Party.  As a consequence, among our four major ethnic groups in California, the better Obama ran, the better ‘Yes on 8’ for historic marriage also ran.  ‘Prop 8’ carried the Blacks and Latinos; it lost the Asians by a slim margin, and it lost Anglos by a slightly larger margin.

This 2008 surprise was a blow to ‘intersectionality’ on the left and to the ‘fear of the other’ on the right.  The left tends to lump all those who are not straight white males into the ‘oppressed’ category, and too many of the right lump all these into the ‘feared other’.  So a lot of Blacks and Latinos and registered immigrants have been sort of pushed into bed [pun somewhat intended] with the gays, where they did not necessarily want to be!

I think it is rather unlikely that either Blacks or Latinos will flock to the Republican Party en masse any time soon [a remnant will].  The more recent [post-1965] wave of Latinos was prepared to think of itself as an ‘immigrant’ wave until it got disrespected by the dominant factor of the Republicans.  Those Latinos that were descended from those who were already settled in the U.S. in 1924 have a different memory; they were often segregated with the blacks regarding separate hours for public swimming pools, and were assigned separate and not always equal accommodations, etc.  They have not forgotten.

With regards to education, some Blacks and Latinos are very open, potentially, to ‘private school choice’ arguments by which they would get government support for sending their children to good private schools.  As long as this is not thought of as a ‘Republican’ proposal, some might be enthusiastic for it.  On the other hand, in many places, sizable numbers of Blacks are employed by the public school system, and so their loyalties may lean towards supporting the system.

The fact that a larger percentage of blacks and Latinos are ‘religious’, and usually Christian, contributes to a lot of this.  They have a stronger theology of suffering, and are more prepared for it.  In the case of blacks, theology may push many of them more in the direction of the hope of ‘reconciliation’ than in the direction of a heretical Critical Theory theology that holds that whites must be racist and oppressors by their very nature.

All in all, it is interesting that the force most restraining the Democratic Party from radicalism and extremism may be religious people of color!  Well, it’s good that neither party has been left completely to the Devil.