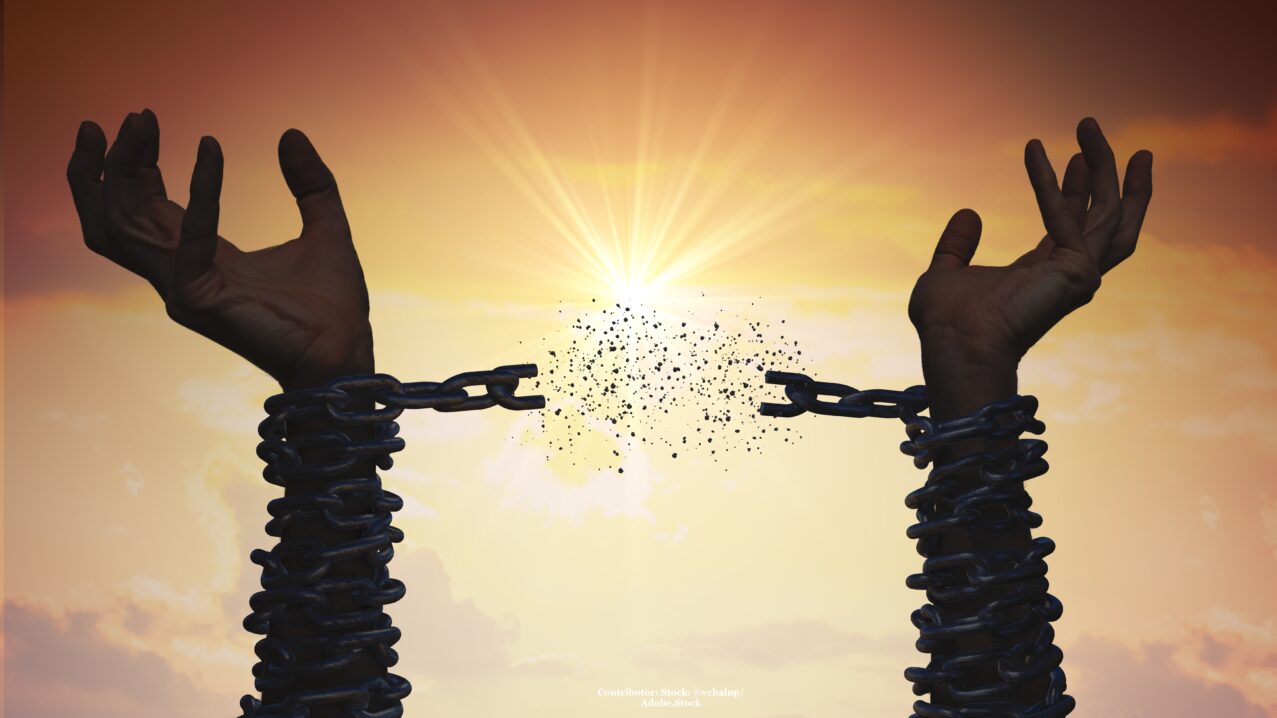 The new holiday of June 19, though its celebration has spread nationally, has a particular application to Texas.  But there is another date that would be more suitable as a national holiday of emancipation: December 18.

June 19, known as ‘Juneteenth‘, is an African-American holiday frequently observed nationwide.  However, it applies particularly to Texas and nearby.  On June 19, 1865, after the Confederate forces of Texas had surrendered, the Federal force occupied Galveston and proclaimed the freedom of all slaves in Texas.  Four days later, in Oklahoma, the last Confederate force in Oklahoma surrendered, and all Confederate organized resistance was over.

The Thirteenth Amendment, however, was still making its way through the process of ratification.  Andrew Johnson, the President, dangled ratification before some of the Southern States as an incentive to be reinstated in their statehood. [He was, however, a supporter of Jim Crow as it was now forming, and opposed to Radical Reconstruction.]  Several other border states adopted their own emancipation rules.

On December 6, 1865, the number of ratifications by states reached the required number, and on December 18 the Secretary of State of the United States proclaimed the amendment in effect.  The states affected by this were Kentucky and Delaware, which had not been affected by the original Emancipation Proclamation of 1863, and which had not adopted emancipation on the state level.

Juneteenth applied particularly to Texas and perhaps parts of Arkansas and Louisiana.  It is interesting to me that it is now becoming nationally celebrated.  A more appropriate national day for this, it seems, would be December 6 or 18, as I noted above.  Yes, it’s in the middle of the Christmas season, but that would not be entirely a bad thing.  Emancipation is part of the message of Christmas.  In one of our most popular carols, “O Holy Night,” we discover these words:

“Chains shall he break, for the slave is our brother,

And in His name all oppression shall cease.”

Have you noticed this before?

The Congress recently approved, and President Biden signed a bill making June 19 another national holiday.  But in my opinion, December 18 would be a better day if we want to be inclusive of the entire U.S., including Kentucky and Delaware.

Yes, a celebration of national Emancipation would fit in very well with the Christmas season.