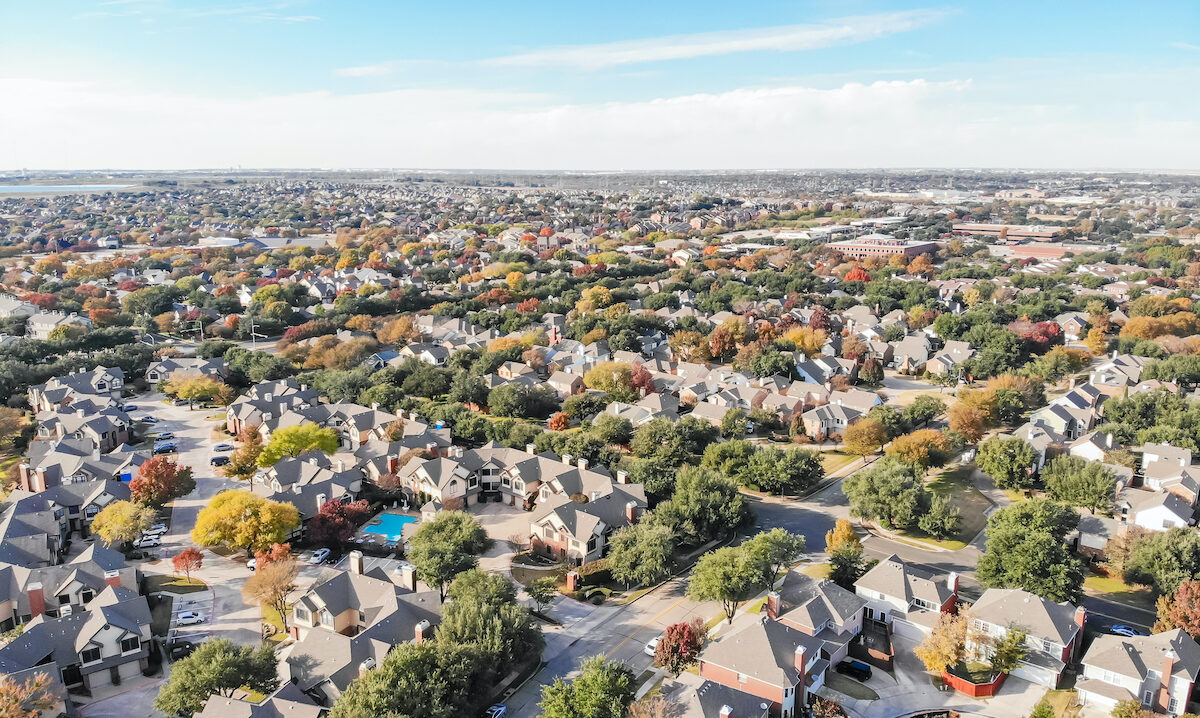 Some say that one of the solutions to our housing problem [indeed, their favorite solution] is building on land that has not been built on before.  There are a lot of issues surrounding this, however.

There are two ways of adding to our country’s housing stock.  One is densifying residential areas close to work and transit [this does not have to mean Manhattan; several beach communities already present a paleo-new-urbanist model that is useful], and the other is building in new and undeveloped places, on ‘greenfields’, as they are called in the trade.  I happen to think both are needed.

The question of these ‘greenfields’ is a fraught one.  In California, for example, substantial areas of the most delightful areas in the state are now revealed to be subject to fire danger, and many worry about building there.  Some other areas are too mountainous, too prone to flooding, or too special to allow them to be built over.  Still others may produce specialty crops such as wine, and in a state where the climate changes every few miles, the agriculture cannot easily relocate.  [Meanwhile, certain water-sucking crops like almonds are probably already doomed.  Texas produces pecans; maybe they could handle almonds too].

But assuming that there are areas where new settlements can be built, what should they look like?Since a lot of reason for building new communities is to accommodate the ‘single family or bust’ people that tend to have children, I would be OK with 60% of the units being single family, or single families with an accessory-dwelling unit, or de facto duplexes.  We do need to allow for some higher density housing – preferably not high rise – for service workers who are less affluent, for young singles, for the elderly, especially those who cannot drive, and for those of limited income who have to ‘settle for’ such places.

If it does not ‘pencil’ to build this housing right away, perhaps the land for its eventual development can be effectively reserved by putting trailer parks and mobile homes on it.  This way the local residents will get used to having the less affluent in that space and won’t be bothered so much by higher density when it comes.

More important to such a new settlement is ‘good’ jobs, that is to say, substantial opportunities and not simply low-paying service jobs.  It will hardly do to have a lot of people commuting more than an hour in one direction from mere ‘bedroom suburbs’.  And since no one wants to be limited only to job opportunities within five miles, we cannot eliminate commuting entirely, but we could at least see to it that as many are commuting in as out.  This is an important issue.  One of the features making the transmontane suburbs of Los Angeles and the Inland Empire less desirable is that the Antelope and Victor Valleys have not been able to attract worthwhile employment opportunities.

I have just returned from a tour of Britain’s ‘planned’ communities, by the way.  The first set was built by Non-conformist [i.e., non-Anglican] businessmen [though Robert Owen was probably not a Christian at all] as ways to provide better housing for workers – mostly theirs.  Such were New Lanark in Scotland; New Earswick in York; Saltaire in Bradford; and Bournville in Birmingham.  The only American example of this I know of is Pullman in Chicago, and that ended in a bloody strike in 1894!

More relevant to the American example are the New Towns built according to the vision of Ebenezer Howard: Letchworth and Welwyn Garden Cities north of London in Hertfordshire.  These were influences on the privately-constructed New Towns of the US, built in the ‘60s and ‘70s.  The Big Four of these are of course Irvine, California; the Woodlands, Texas; Reston, Virginia; and Columbia, Maryland.  These inspired much comment in American media at the time.  These ‘garden cities’ must not be confused with the ‘New Towns’ built by the British Labour government after World War II, where land was taken from farmers by ‘eminent domain’ [in British English, ‘compulsory purchase’].  Two of these, Stevenage and Hatfield, were in the same region as Letchworth and Welwyn.  Ironically, one of them is at Irvine, Scotland!  And another, in metropolitan Newcastle is called Washington!  Yet another, Milton Keynes, was built according to an American model of single-family homes and orientation to automobiles.

I don’t know much about the socio-economics of these British towns, but in America, since such towns were built for profit [not that there’s anything wrong with that, as such], and because of American culture, housing for less affluent service workers, and some of the other functions like sewage, trash, and not-so-clean industry, [these are called LULUs – Locally Undesirable Land Uses – in the trade] were exported to existing communities.  Irvine, of course, is in Los Angeles-Orange County, The Woodlands in metro Houston, and Columbia and Reston in the National Capital Region.

But there is another kind of ‘from scratch’ town that is built at such a distance from any existing city that it cannot export its less-desirable functions and must include everything and everyone that a city needs.  I think of the ‘dam towns’ built by the Federal Government:  Boulder City, Nevada; Page, Arizona; and Grand Coulee-Electric City, Washington.  Las Vegas was not a large city when Boulder City was built, but when gambling was legalized there in 1931, it became a place of escape from the tight controls of life in Boulder City.  And, in fact, Boulder City is still casino-free to this day.

But I know of one example of a commercially-built town that was so distant from any other place that it could not export its less desirable functions or its poorly-paid workers.  This is Lake Havasu City, Arizona.  This is a greenfield town par excellence.  In the old days – which I’m old enough to remember – it was on the map as Site Six, a federal dock dating back to World War II, and the current island was a peninsula.  It was not close to any metropolitan area of any size, though since then Bullhead City has grown much larger.

According to Wikipedia, despite the Spring Break fame of the city, the median age of Lake Havasu City in the year 2000 was 47.  It is not exclusively a retirement community; only 25.5% of its population was 65 and older, and 22.5% were families with children under 18.  Now, there is probably some commuting back and forth between it and other nearby places such as Needles, Kingman, and Bullhead City, but I don’t have statistics about that.

It seems to me, however, that more urbanists ought to take a look at Lake Havasu City – as far as I know, the only privately-built city since World War II that was far outside a metropolitan area when it was built.  If there are any others, I will stand corrected.

In every society, even those that profess freedom of speech, there are ideas and images that are perceived as too corrupting to be expressed or uttered.  We used to think this way about pornography.  Now we think this about certain […]