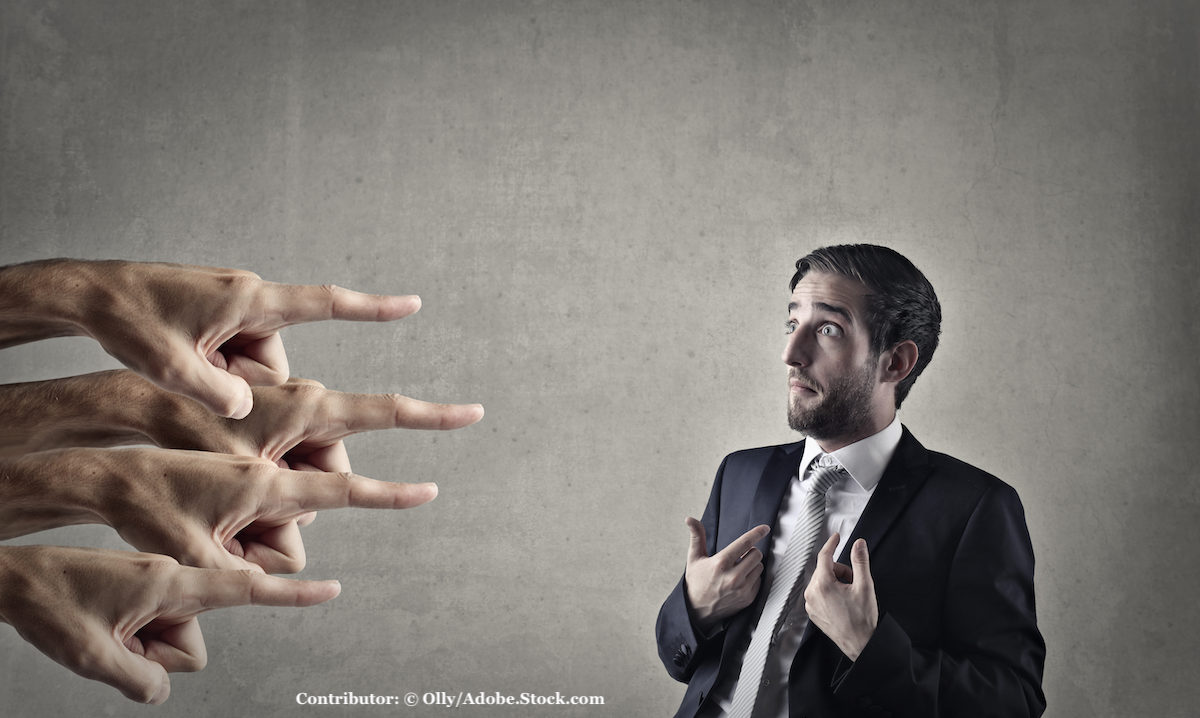 The heresy of ‘critical theory’ has revived ideas of guilt inherited by, or inherent in, groups, such as genders, races, or economic classes.  The Prophet Ezekiel has some choice things to say about all this.

In our time there is a lot of talk about ‘covenantal guilt’ by virtue of race and gender [in old Marxism it was more about ‘class’].  Meanwhile, critical theory has become a controlling force in our universities and corporations and among employers, and people fear for their jobs and livelihoods if they say the wrong thing.  Most of this is not coming, by the way, from the political sector, but from corporations and government bureaucracies.  Even segments of the Classical Christian church show a weakness for this kind of thinking.

The Prophet Ezekiel, of all people, has much to say about this.  He makes a clear case for personal responsibility before God rather than communal liability.

Son of man, when a land sins against me by acting faithlessly, and I stretch out my hand against it and break its supply of bread and send famine upon it, and cut off from it man and beast, even if these three men, Noah, Daniel, and Job, were in it, they would deliver but their own lives by their righteousness, declares the Lord GOD.

This is followed by more paragraphs in a similar vein.

[By the way, the Daniel here is probably not the Prophet Daniel, who was in his early twenties in Nebuchadnezzar’s court at the time.  The mystery was solved when some tablets were discovered in Ugarit making reference to ‘Dan’il’, an ancient Middle Eastern figure of wisdom and holiness.  Since Noah and Job were ancient figures of wisdom who did not descend from Jacob, it would fit that this ancient person would be the ‘Daniel’ mentioned here.]

Moses may have successfully interceded at the time when God threatened to wipe out the ‘Children of Israel’ and replace them with the ‘Children of Moses’.  But this was exceptional.  Those who argue that a godly minority can save an ungodly nation by appropriate prayers sometimes appeal to Ezekiel 12:30,  “And I sought for a man among them who should build up the wall and stand in the breach before me for the land, that I should not destroy it, but I found none.”  Well, obviously Noah, ‘Dan’il’, or Job would qualify for this role.

We are also told not to hold children responsible for the sins of their fathers, or vice versa.  In Ezekiel 18 we read,

. . . Now suppose [an evil man] fathers a son who sees all the sins that his father has done; he sees, and does not do likewise:  he does not eat upon the mountains or lift up his eyes to the idols of the house of Israel, does not defile his neighbor’s wife, does not oppress anyone, extracts no pledge, commits no robbery, but gives his bread to the hungry and covers the naked with a garment, withholds his hand from iniquity, takes no interest or profit, obeys my rules, and walks in my statutes; he shall not die for his father’s iniquity; he shall surely live . . . The son shall not suffer for the iniquity of the father, nor the father suffer for the iniquity of the son.  The righteousness of the righteous shall be on himself, and the wickedness of the wicked shall be on himself.

Meanwhile, in Chapter 33, we learn of a ‘watchman’ who, if he delivers his warnings and no one listens, has met his responsibility.  The same is true in today’s world, when Christians caution those around them about impending dangers.  Our neighbors don’t seem to be listening to us, but what more can we do?  And to make matters worse, some of the people who do ‘warn’ seem to directly connect disasters to God’s judgments a little too specifically.  There may have been some tit for tat under the Old Covenant, but in Luke 13, Jesus informs us,

In other words, one reason for God to allow disasters and suffering may well be to get our attention; but He is not normally in the habit of targeting the worst sinners for the worst pain in this life.  The poor would not be suffering the most painfully from calamity if He targeted disasters only to the most deserving of punishment.  Even in the Old Testament, the books of Ecclesiastes and Habakkuk, and parts of Psalms, specifically address these ‘theodicy’ issues.  The case is well put in C. S. Lewis’s compelling book, The Problem of Pain.

Ezekiel further points out that sometimes people change and improve in this life.  In Chapter 18, again, God announces,

But if a wicked person turns away from all his sins that he has committed and keeps all my statutes and does what is just and right, he shall surely live; he shall not die.  None of the transgressions that he has committed shall be remembered against him; for the righteousness that he has done he shall live.  Have I any pleasure in the death of the wicked, declares the Lord GOD, and not rather that he should turn from his ways and live?

And, to reinforce the point, in Chapter 33 He declares.

. . . and as for the wickedness of the wicked, he shall not fall by it when he turns from his wickedness . . .

But that is not how our present culture operates.  We have the capacity, with social media and the Internet, to find misdeeds and misstatements that people have made in the past—many of which were not improper in the manners and customs of their time.  Yet we purge, punish, and unemploy them today.  And if they are dead, we destroy their monuments and statues.  The Civil War was some 160 years ago; the Civil Rights movement was about 50 years ago; and only now are we purging the ‘losing’ or ‘wrong’ side?

In one notable article, for example, William Buckley repented of his original pro-Southern stand on segregation and civil rights.  Many Southern ‘evangelicals’ also repented of their stand on segregation and began to focus on new and different moral issues.  But, unfortunately, their past was held against them.  And regardless of what they said about divorce, abortion, homosexuality, or anything else, they continued to be accused of ‘really’ being racist.

And, by the way, this sort of head-shrinking and digging up ‘real’ motives in the lives of others is precisely, in my belief, the kind of ‘judging’ Jesus told us not to do.  He never said that we may not say certain behaviors are wrong, and He was not trying to introduce a radical moral relativism.  But we live in a time and a culture that picks out certain favorite sayings of Jesus and uses them against the rest of the Bible.

[I happen to think that this is one of the biggest apologetic issues of our time:  is the Bible the word of Jesus, or not?  And, in fact, because of the prevailing ‘Marcionism’ and ‘Gnosticism’ in our culture, this question may be more important apologetically than whether the Bible is the ‘word of God’.]

In short, we must not assign covenantal guilt to people based on their race, gender, or class.  I myself have enough sins of my own without adding status guilt based on my privileges as a white person or a trustfunder.  What I can do is be a good steward of these privileges for all.  I will make one exception; I will be happy to receive forgiveness on behalf of my dead ancestors, if forgiveness is truly offered.

[I doubt that any of my ancestors owned slaves, but my father did practice ‘red-lining’ when he ran a savings and loan in the years 1947-1968.  I wonder if he could have stayed in business if he hadn’t.  But just because he ate sour grapes, I won’t allow my teeth to be set on edge.]

We have many identities under our identity in Christ; some, like race, are forced on us by our culture, and we are steered into subcultural tribes.  With this in mind, there three things we must not do:

And we must stand firm.  This is a time for courage.