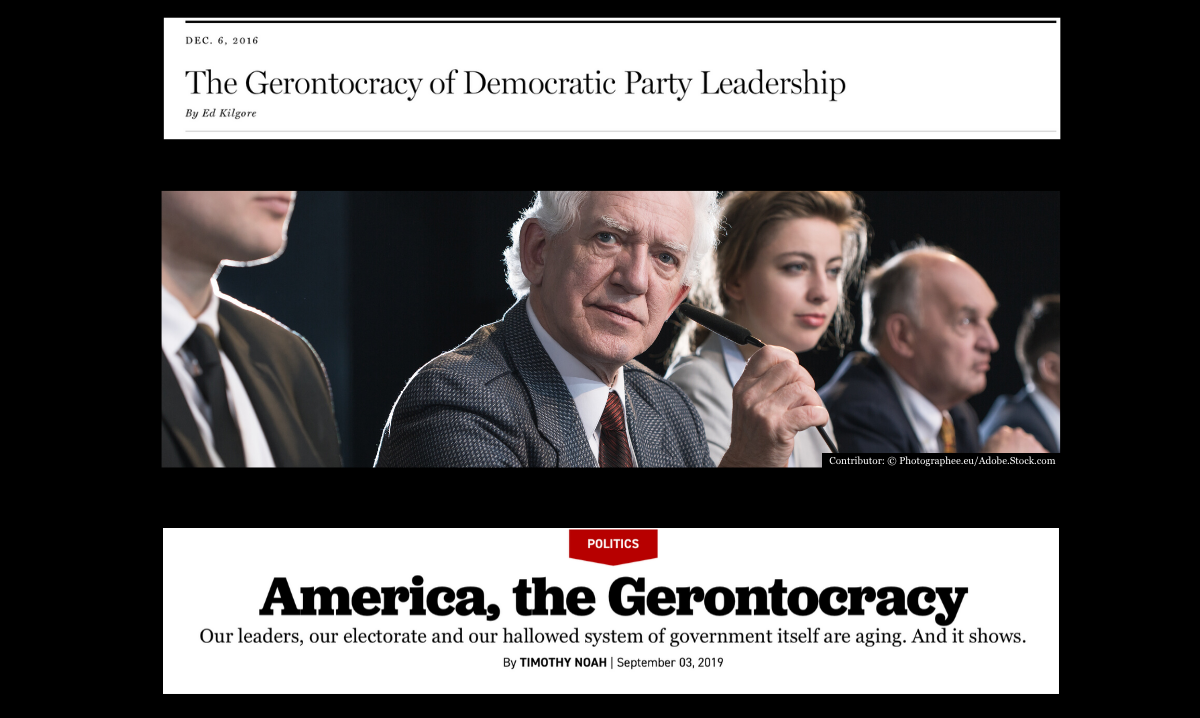 Young people have always probably chafed against their elders.  But in Africa, a gerontocratic system was instituted, which at least frustrated the development of a hereditary elite.  And we are not without elements of gerontocracy in our own society.

I was reading Africa: A Biography of the Continent by John Reader [Yes, that’s his real name], and I discovered an interesting system of governing local African communities.  It might have been used elsewhere, by Native Americans, for example, applying what he calls the age-grade system.  As he informs us, 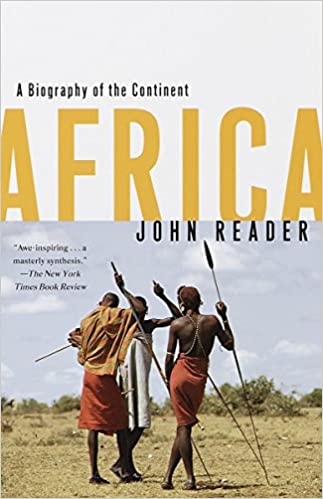 Chiefs had status, but little authority or power over the community in general, beyond the respect they may have earned in their everyday dealings.  Indeed, as though to counter the frictions likely to arise if authority and power were vested in certain chiefs and lineages and thus flowed vertically from the few at the top to the majority at the bottom, a system emerged whereby authority and power were spread horizontally throughout the group as a whole, touching every lineage and family.  This was the age-grade system:  a political structure uniquely suited to the social and economic conditions of sub-Saharan Africa.

The age-grade system divided all males into groups, each of which included all individuals within a particular range of ages [the range often covered five, seven, or fourteen years].  Each group was allocated a standard set of social and political duties.  As individuals advanced in years they changed duties until those surviving had progressed through the complete set.  Thus the system sustained no permanent or hereditary rulers or office-holders. [p.  265-66]

Was this a gerontocracy, a rule by the old?  Did it have effects?  Reader continues,

With its respect for the wisdom and judgements of the oldest members of a group, the age-group system established gerontocracy as the dominant form of political organization in sub-Saharan Africa.  Since it was mutually recognizable among different groups, regardless of their origin or present status, the age-group system deposed the vertical authority of family lines, transcended the divisive nature of ethnic boundaries, and even provided a basis for compatible interaction between groups speaking different languages.

Gerontocracy was in fact a unifying characteristic of sub-Saharan Africa, holding in its thrall the numerous distinct groupings that had emerged among people living in generally hostile and fickle environments.  Respect for the elders and their way of doing things was the essence of the principle.  This was not an attitude that encouraged innovation or change . . .

The abiding strength of the gerontocratic system was that it functioned on a basis of compromise not coercion, and was disseminated by a process of consent, not conquest.

Aggressive and avaricious behavior among the early farmers of sub-Saharan Africa was controlled by the authority of the elders, and even enmity the elders might have deemed justifiable was controlled by the limited availability of warriors and weapons . . .  People possessed clubs, bows and arrows, and spears, true, but these were articles used in acquiring food.  They were neither so numerous nor so easily replaced that their availability as provisioning tools could be risked in conflict with the neighbours – no matter how aggravating their behavior. [p.  266-67]

What can we say about this?  Did the elders use their authority to take advantage of the young folks?  Given human nature, probably.  Was there some resentment?  Again, probably.  But the thing about a gerontocratic system is that, within 40 years or less [he doesn’t say how old these ‘elders’ were], every young person knew he was either going to be dead or be part of the ruling class.  I don’t know how much of a consolation that was.  I do know that when I was eighteen, two years seemed like an eternity.  But now, at my advanced age, it’s barely the blink of an eye.

Sometimes it seems we have elements of gerontocracy in our own time, often reinforced by the choices of, and the time burdens on, younger people.  Presidential elections are the least gerontocratic feature of our system.  The reason for this is that there is a lot of publicity about presidents and presidential candidates – almost as much as if they were celebrities – that is easily accessible to people of all ages.  The U.S. Senate, and the governors of the several states, are the next layer; there is a fair amount of publicity about them.  Another layer may be represented by the House of Representatives, another by the state legislatures.  Below that, mayors of large and populous cities are very much in the public spotlight, but the councils of small suburbs are not.  And older people have more time to gather and research information about the less publicized races.  However, I would still think that this aspect of ‘gerontocracy’ is a choice on the part of many younger people.  They choose to turn out only in Presidential years, at the general election; they choose not to study the affairs of city hall and the county, which are supposedly ‘closer’ to them.  Such people should not complain about ‘gerontocracy’.

At the most local level, the homeowners’ association, it is the people with more time on their hands that have time to be active, enforce the regulations, and participate in the governance.  I will admit I have had a fantasy in my head about a film or TV series where a large number of young people move into an association, take it over, turn the clubhouse into a pub, and adjust the rules more to their liking!

But, in fact, home ownership today has become a lot less accessible to the young in many parts of the United States.  And those parts where it is accessible are attracting migrants.  I think often of the Mose Allison song, covered on the Who’s “Live at Leeds” album [1970], “Young Man Blues.”  It declares, “But now the old man has got all the money, and the young man ain’t got but one thin dime.”