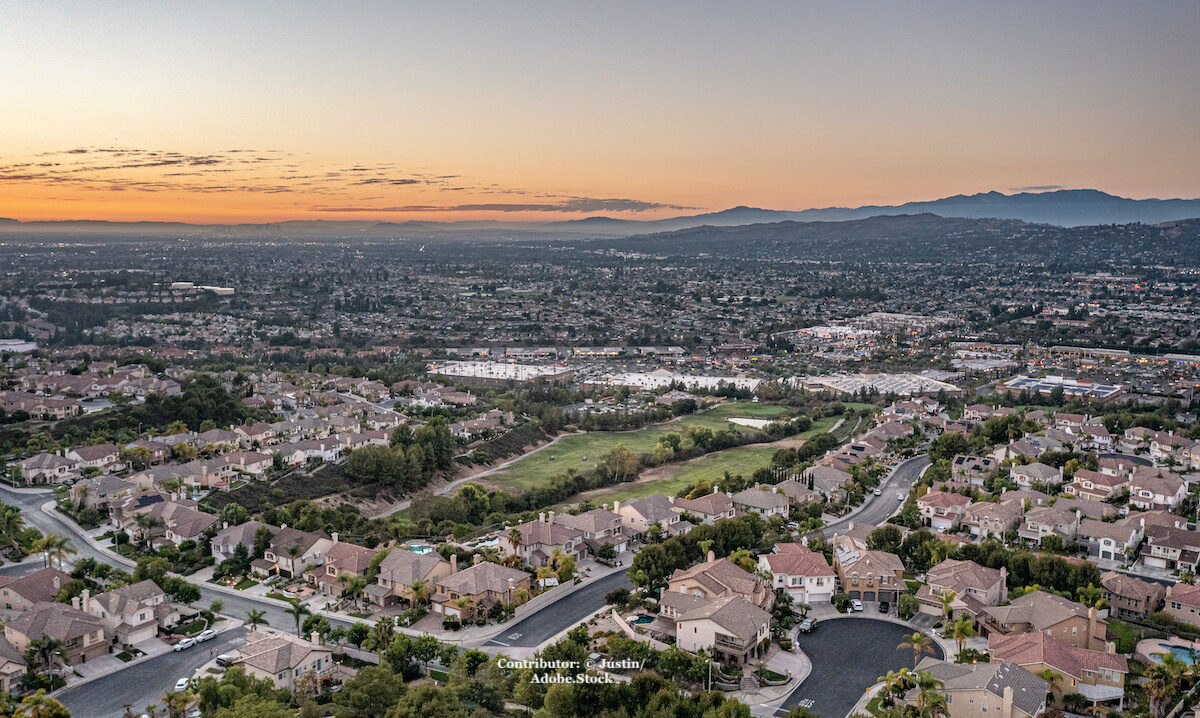 A lot of people, especially families with children, would prefer a single-family home.  Of course they would, and I’m not going to find fault with that lifestyle as long as it’s not forced on everyone.  Perhaps they should be required to pay the full cost of maintaining the costly infrastructure it takes to maintain single-family areas, but that’s another issue.  There are two reasons why a family with children might accept something else:

So there is nothing wrong with wanting to build more single-family homes, in addition to other types.  But there is one catch:  In order to increase the housing stock appreciably, single-family homes have to be built on greenfields or at least semi-greenfields.  I suppose that you could allow dwellers on five-acre lots to break up their lots and put 19 new homes where you once had one, but I’m not sure how happy they’d be with that.

And here in Southern California, most of the open land close to employment centers has been taken up already. The only places for new single-family homes are either the mountains or the far outlying districts.  And I suppose we could carve up the rest of the Santa Monica Mountains, like we did with parts of them, and all of the San Gabriel Mountains into ‘rice paddies’ to build homes on like we were doing in the old days, but somehow I doubt we will do that.  [There are those pesky National Forests and National Recreation Areas in the way.]  That leaves parts of the Inland Empire and the Antelope Valley as our frontier.  Fine.  But there’s a catch here too.  Orange County became what it is today, no longer a commuter suburb of Los Angeles, because employers were moving to the ‘suburbs’ and Edge Cities were pioneered, the greatest Edge City of all being the Irvine Ranch.  But I’m not sure we’re getting new Edge Cities of that type anymore.  The nonappearance of new Edge Cities is the dog that isn’t barking here.  Victoria Gardens in Rancho Cucamonga is very innovative as a shopping mall, but whether it will ever be a ‘suburban downtown’ on the South Coast Plaza or Fashion Island level, one can hope, but it doesn’t seem to be happening.  Nor is there much else – maybe Temecula will qualify.  But there seems to be no hope of any Edge City on this level forming in Lancaster or Victorville.

As a consequence of this, the single-family home dwellers in these places often commute two hours one way to work.  Or more than an hour, anyway.  If these places had Edge Cities, commuting from them would not stop altogether; no one wants to be limited to the work or retail opportunities in close proximity, if they can avoid it.  But it would be less, and there would be some commuting in the other direction, to these places, which there isn’t much of now.

So as long as major sources of employment do not follow out to these areas, the commuting range will act as a sort of limit.  We could build a solid mass of homes stretching all the way to Ridgecrest and Barstow, I suppose.  But unless good jobs are willing to follow the people over the hill, there will be a limit as to how many people will want to live in them.  There will come a point at which people will leave the state rather than try to stretch their commute any farther; there are plenty of places in America where they can find the house they want a lot closer to work.  And we need no ‘growth boundary’ or restrictions on single-family home building for all this to be true.  Unless the job situation in the Inland Empire and Antelope Valley can be made more like that of Orange County, commuting limits will establish a natural ‘growth boundary’ without any political equivalent, and those who desire the single family life will leave the state no matter what.  We are simply full up, as far as that kind of housing goes.

The same applies, as far as I know, to the outer suburbs of the Bay Area; the Lodi-Stockton-Manteca-Modesto belt.  The entrepreneurs of the Bay Area are not following their people over Altamont Pass, as they once followed the people to the Irvine Ranch.  Sacramento is the one non-coastal city that seems to have achieved a decent balance; it isn’t very cheap necessarily, unless you come from the Bay Area, but it does have a decent number of jobs in its own right.  Maybe it’s the government.  Anyway, it would be nice if Fresno or Bakersfield [or Coalinga?] could repeat that pattern, but I don’t know that they will.