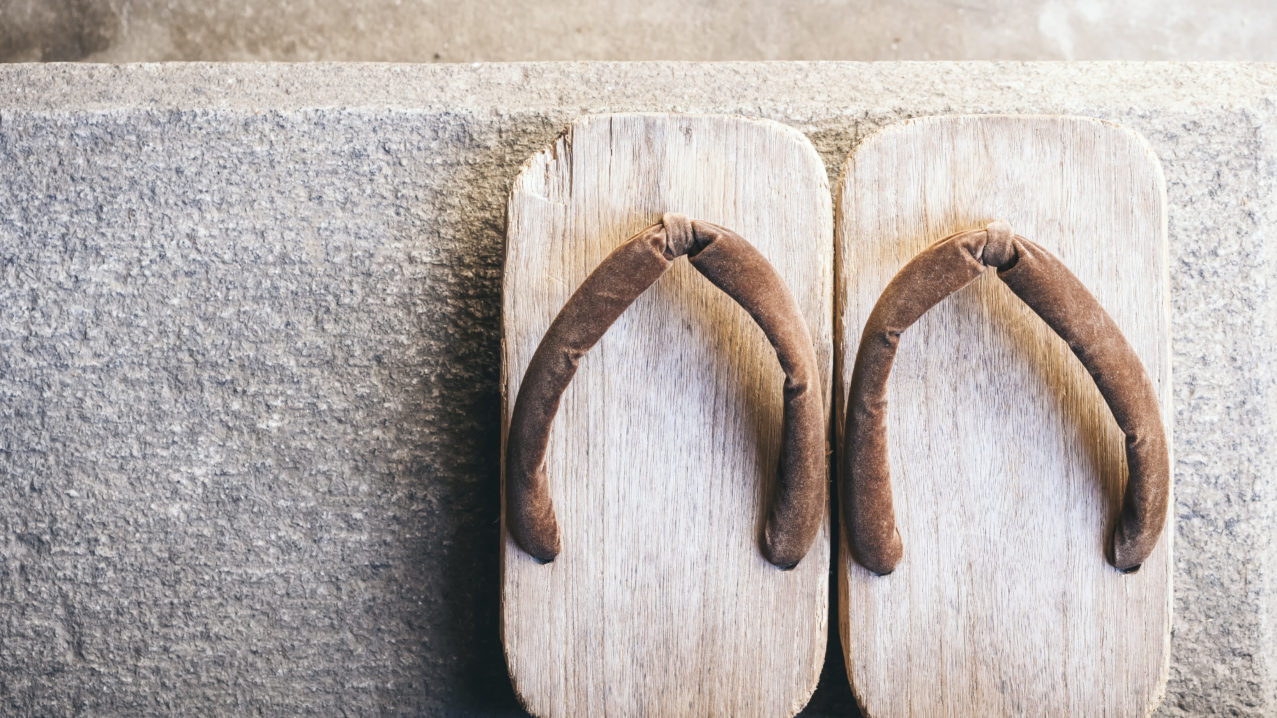 This particular kingdom is also not one of the three that evangelicals regularly talk about, but in the training of missionaries and evangelists, we pay a lot of attention to it!  ‘Missiology’ includes endless classes on culture, and how we must present Christ in a certain culture.  We would not go to Japan, I think, and say, “Well, the Bible doesn’t say anything about taking your shoes off when you go into a house, so I won’t.”  For those who must have a Scripture for everything, the best one I can think of is I Corinthians 9:20-23:

Maybe someone else can find a better passage to be the ‘Romans 13’ of manners and customs.  I can’t.

Manners and customs differ from morals, in my view, in that they really are relative.  Will Durant, when he said, “We must conclude that morals are relative, and indispensable,” was wrong about morals but very right about manners.  And even the sophisticated non-believer is aware of this, though she may not know it.  There are plenty of unsophisticated people who don’t make a distinction between the customs of their tribe and universal morality, but most even-slightly educated people do.  A prominent example would be the attitude of many secular Westerners toward female circumcision, forced child marriage, and honor killings.  They would agree with us that these things are not just charming exotic customs but are truly wrong.  [As a matter of fact, I’m not sure that Christians in the past have always stood that strongly against forced child marriage!  Princesses in medieval and early modern Europe were diplomatic bargaining chips, and the present-day boundaries of the United Kingdom, Spain, the Netherlands, Belgium, and Austria owe more to historic royal marriages than to cultural and linguistic fault lines.]

I include in this sphere the whole matter of languages, of grammar, vocabulary, and syntax.  No one says there is one God-given language for us all.  But if we are wishing to communicate with a group, we had better use their language according to their rules.

A way in which the sphere of manners and languages parallels that of the political world is that it is hierarchical.  There are whole civilizations that have a certain common heritage in manners, customs, and even borrowed vocabulary; these are often tied up with the historic nominal religion of a region, even if that religion is not the one believed and practiced today.  Most Europeans, for example, are not Latin Christians of either the Catholic or Protestant variety in their beliefs and practices, but they would still admit that Latin Christianity has shaped their culture and its post-Christian values to make them very different from, say, those of the Muslim world — and of Muslim settlers in Europe.  On the other hand, a higher percentage of people are Christians in South Korea than in large parts of the West, but their cultural values are still strongly shaped by the Mahayana-Confucian consensus that preceded Christianity.  [During the age of European Christendom, the Europeans were strongly shaped by pre-Christian Greek and Roman culture in some ways.]

It is an interesting fact, by the way, that writing systems the world around correspond more to nominal religion than to anything else.  Our Roman alphabet has only in a few places gone beyond the sphere of Latin Christianity or post-Christianity.  The Greek and Cyrillic prevail in the historic Orthodox cultures.  The Brahmic ‘abugidas’ dominate the Hindu and Theravada worlds.  And Chinese characters dominated the writing systems of the Mahayana-Confucian world.  The connection between religion and the written word is not merely a Western feature!  It shows that while manners and customs are relative, religions, which propose absolutes, have a great deal of influence in shaping civilizations and cultures.  Samuel Huntington, in his famous book The Clash of Civilizations in 1996, drew a map of world civilizations that aligned strongly with the dominant historical religions.  Of course, that may not be the religions that are practiced today.  Europe is in the Latin Christian historic civilization but is neopagan.  South Korea is predominantly Christian, and China increasingly so, but their culture remains Mahayana – Confucian.

Systems of manners, customs, and languages, like political orders, are hierarchical.  Languages are in closely-related groups that can’t quite understand each other fully, like the Germanic, Slavic, and Romance groups of Europe.  Within the languages there are regional dialects and accents, but people can understand each other to a degree.  The phenomenon of a standard ‘national language’ is more a feature of the last 500 years.  Before that Europeans used their local language, Latin, and perhaps a regional poetic language in between.  The average African today deals in three languages:  his native tongue, the trade language of the region, and the national language.  The latter is usually a European one that owes to the former colonial power and is the one unifying factor of the country.  India today is unified by English also, because many do not wish to use Hindi, the most widely-spoken language.  In the old days it was Sanskrit; India is sort of an example of what Europe would be like if it were one country, many languages but a common cultural heritage.

Manners and customs, like languages, also have hierarchy.  We have a natural tendency to break down into tribes and sub-tribes.  The most micro level of this is probably the high school cafeteria, where different cliques sit at different tables and define themselves differently.

Many, especially in the late 19thand early 20thcenturies, fantasied that hierarchies of manners and languages [Greek Ethne] and political orders [Greek Politeia] could be made fully congruent.  I personally think that was a destructive fantasy.  Nevertheless, stable national political entities do create cultures of their own alongside the others.  French, Italian, and German became national languages through their education systems, for example.  The United States is a cultural entity, with subvarieties, as Michael Lind [yes, him again!] explains in his work The Next American Nation, which he wrote to oppose on one hand the idea that only ‘white America’ is the real America, and on the other the idea that America is a bunch of separate cultures united only by a political idea.  Our African Americans have a distinct variety of American culture, but they are nonetheless distinctly American as opposed to people of the same color from anywhere else.  And Latinos and other immigrant groups [after the first generation] are a form of American.  They may carry part of their culture with them, but they choose to be here.  Probably the most difficult case is that of the ‘Native Americans’.  We came to them.  They have had some influence on our culture, and they have fought in our wars.  But by now their cultures are subvarieties of the American culture.

Another important fact about this sphere, even more than that of politics or business, is that we are warned about excessive conformity with the world.  True enough, the principle is still, “Obey God rather than humans, and human authority more than self-will,” but we are warned about the attractiveness of the world: Romans 12:2 famously declares, “Do not conform to the pattern of this world but be transformed by the renewing of your mind.  Then you will be able to test and approve what God’s will is – his good, pleasing and perfect will.”  And in other places, for example I John 2:15, “Do not love the world or anything in the world.  If anyone loves the world, love for the Father is not in them.”  Proper respect for the manners and customs of the community and culture we are in is important, and more so than our self-will, but the temptation to be sidetracked by worldly culture is one that we are to watch and guard against constantly.

In an earlier post I made the suggestion, in fact, that the meaning of the word ‘God’ in political circles is really something like ‘Not Society’.  So the credo on the Declaration of Independence can rightly be read as something like, “We hold . . . that all . . . are endowed by Not Society with certain unalienable rights.”  We don’t have to be specific about what Not Society is.  It can be the Platonic Form of the Good, as long as it’s not determined by Society.  And, similarly to what I just said, doing right things for the praise of ‘Society’ doesn’t, as Jesus affirms, cut much ice in Heaven.  We are told in Proverbs 22:1, on the other hand, that “a good name is more desirable than great riches; to be esteemed is better than silver or gold.”  Christianity, as usual, takes kind of a middle path.  It depends, I suppose, on why you are esteemed, for what, and by whom.