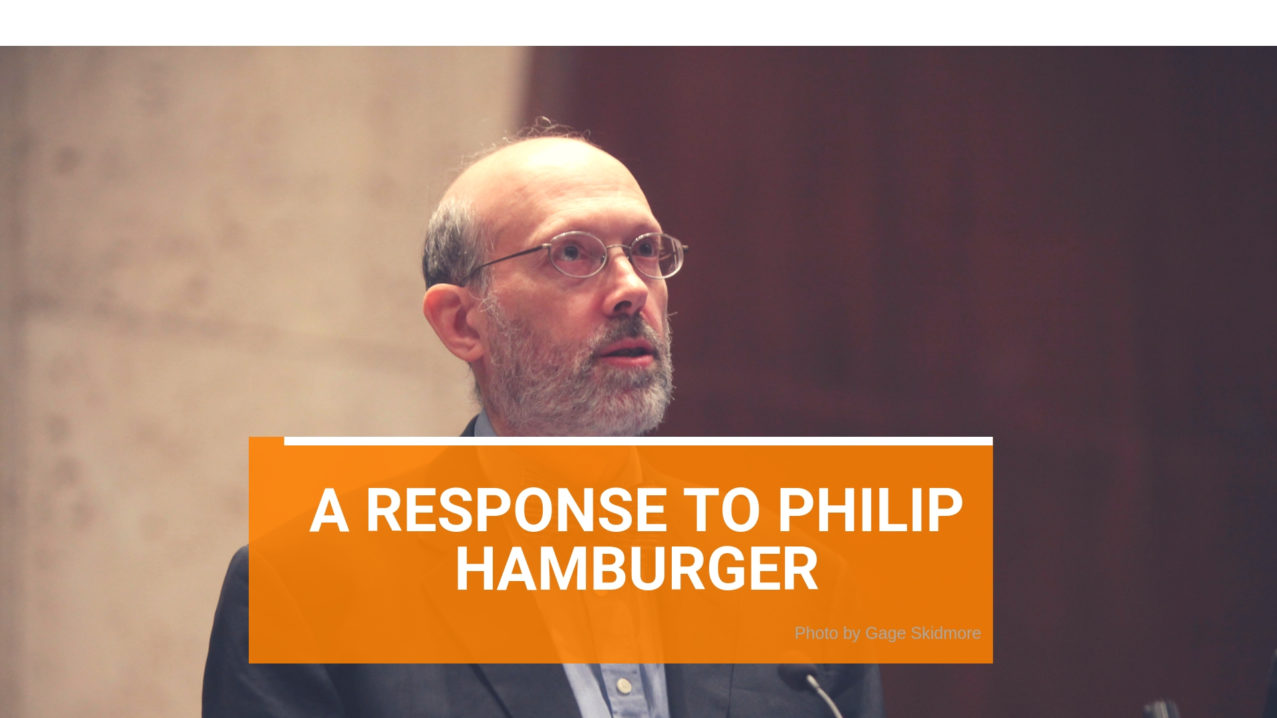 As a paddleboarder, I have supported an organization called FREESUP SoCal; it is, frankly, an advocacy organization.  We advocate for an open, data-driven process at the local, state, and federal level on regulation of life jacket wear for stand up paddleboarding [SUP].  Some administrators have rushed to regulate SUP without due process and have imposed unnecessary and unsafe life jacket regulation on stand up paddleboarders.  We send people to conferences held by the Coast Guard and other water safety organizations to oppose bureaucrat-imposed policies already in effect.  FREESUP SoCal as made a full effort to do our own research on SUP fatalities, and our conclusion is leash wear is actually a better deterrent to fatal incidents to life jacket wear.  We have been the leading advocate to have leash wear be the standard safety device on most bodies of water.  The remarkable part is how remote all this is from elected officials.  In fact, in advocacy work on this issue, it’s as if the whole world of elections and politicians might not even exist.

Philip Hamburger is a legal scholar at Columbia School of Law who is known for questioning the constitutionality of administrative law.  His main books include Is Administrative Law Unlawful? and Law and Judicial Duty.  He is also known for writing about the separation of church and state, with a book simply called Separation of Church and State.  I haven’t read all of these, so I am just responding to a shorter booklet of his called The Administrative Threat.

Hamburger claims that the administrative state is a revival of the older British ‘royal prerogative’ that the framers of the Constitution were trying to rule out.  It was their intent, he asserts, not to allow Congress and the courts to delegate their authority to bodies that were not really legislative bodies or courts.  What these bodies at the administrative level are, actually, are hybrids; both sub-delegated legislative bodies and courts of original jurisdiction – taking the case to a real court is considered an ‘appeal’.

I am not going to tackle the question of the constitutionality of administrative law here, because it is beyond my talents.  But I would first point out that in Christianity, and also, I trust, in the other religions of the ‘Western’ or monotheistic tradition – Islam, Judaism, Mormonism, ‘Modernist Christianity’, and whatever others, all human authority – political or otherwise – is already delegated.

God delegates to various humans in various circumstances the right to issue orders and make rules for others.  We are to obey these rather than our self-will, but we are to obey God rather than these if there is any conflict.  These authorities are also accountable to God to rule justly.  Despite the glowing terms in which civil government is described in Romans 13, tyrants have not been satisfied to be mere delegates of an invisible God; the author of Romans 13 ultimately got his head chopped off by the Roman Empire.  And, in more recent times, the attitude of Communist governments to theism is well known.  But the idea of ‘ordainment’ or ‘chain of command’ is hardly a new one.

Hamburger admits that there were local police and other officials even in Britain that had administrative authority.  If I see a police car flashing its lights behind me, dare I ask, “Did the Legislature just pass a law saying that Howard Ahmanson must stop on the side of the road at such and such a place and time and allow himself to be interviewed by a police officer?  Did the Governor sign it?” Well, no.

Meanwhile, the public believes – and they may be right, that certain other agencies may call on the police to enforce their orders without going to a ‘real’ judge – fire marshals, building inspectors, and health inspectors closing down a business, federal agents declaring a bank or savings and loan ‘insolvent’, tax officials doing a property seizure, and various others.  While this power is usually used to uphold legitimate safety and health issues or the like, it has sometimes been used to uphold standards that small or minority entrepreneurial businesses, or the residences of the poor and undesirable, cannot meet.  We now have an ‘informal sector’ of the Latin American type.

I think that Hamburger should have given more thought to the idea that one source of the administrative state was the creeping upward of this kind of government to higher levels and not just the creeping downward from the statutory level, where separation of powers still prevails.  Personally, I’m inclined to think that while one percolated down, the other percolated up, and the two met.

Hamburger could also, I think, have made more of the distinction between civil law and criminal law and how civil law has been extended to get around the restrictions on the criminal law.  Criminal law operates under the principle of ‘innocent till proven guilty’.  That is, if the state wants to say you have committed a criminal act, they can ‘charge’ you, but they have to prove that you actually did what they accused you of doing, and taking it to court is not considered an ‘appeal’ from the police.  On the other hand, if your argument is, “Yes, I did do as you say, but it was not against the law, since the law or regulation that forbids it is invalid, because it is unconstitutional or not properly authorized or something . . .,” then it is the law, not you, that is ‘innocent until proven guilty’.

But civil law does not give the accused the same rights, as I pointed out in a previous post, there is no ‘innocent until proven guilty’ at civil law, as those involved in asset forfeiture issues can attest.  The Fifth Amendment against self incrimination does not apply at civil or tort law, as anyone who is caught doing a ‘hit and run’ finds out.  And the Sixth Amendment declares, “In all criminal prosecutions, the accused shall enjoy the right to a speedy and public trial” – in civil, non-criminal prosecutions, presumably not! The government has developed a whole system of civil prosecution in order to bypass the restrictions of the criminal law.

While Hamburger mainly focuses on the federal government, the truth of the matter is that the administrative state, and the less limited nature of civil law, runs all the way down.  Berman and Kelo, for example, validated eminent domain for private benefit – the ultimate in crony capitalism – at City Hall.  I would even argue that the Home Owners Association is the state, but that is an argument for another time.

Hamburger thinks that administrative law was a revival of the Royal Prerogative.  But he also makes another suggestion.  The early American republic had a limited franchise.  Those who could vote were white males who owned property.  This was not a tiny minority, but it was not everyone.  And the Founders rejected direct democracy.

But those property qualifications were done away with by the middle of the 19th century.  Women got the vote in 1920, and blacks got it officially in 1870, and in fact in 1965.  Woodrow Wilson and his friends, being as worried about the dangers of mob rule as the Founders, did not wish to restore an aristocracy of the old 18th century style but to develop a new mandarin aristocracy [which they hoped would be quite separate from the financial capitalist aristocracy of the day, it must be said!  But the phenomenon of ‘regulatory capture’ illustrates that this separation does not always succeed].

These, insulated from mob rule, would supposedly run a ‘rational’ government.  I’m not sure about that.  But one thing I do fear is that they are trusted by the people far more than the elected officials are.  This is a topic unaddressed by Hamburger in this little pamphlet, [maybe he does in his longer works].  It is, however, addressed at some length in a work called Stealth Democracy by John R. Hibbing and Elizabeth Theiss-Morse which I have summarized.

Excuse me if I doubt that the issue of the administrative state can be tackled until the issues of ‘stealth democracy’, as well as the high level of trust in unelected officials versus the low level of trust in elected ones are resolved.

I think I’ve made the Swiftian suggestion that we ought to let bureaucrats take bribes.  This would lower public trust in them to the same level of public trust invested in elected politicians, who are permitted to happily receive ‘campaign contributions’!

Enjoy a presentation by Philip Hamburger on “The Administrative Threat to Civil Liberties” from Fieldstead and Company on Vimeo.