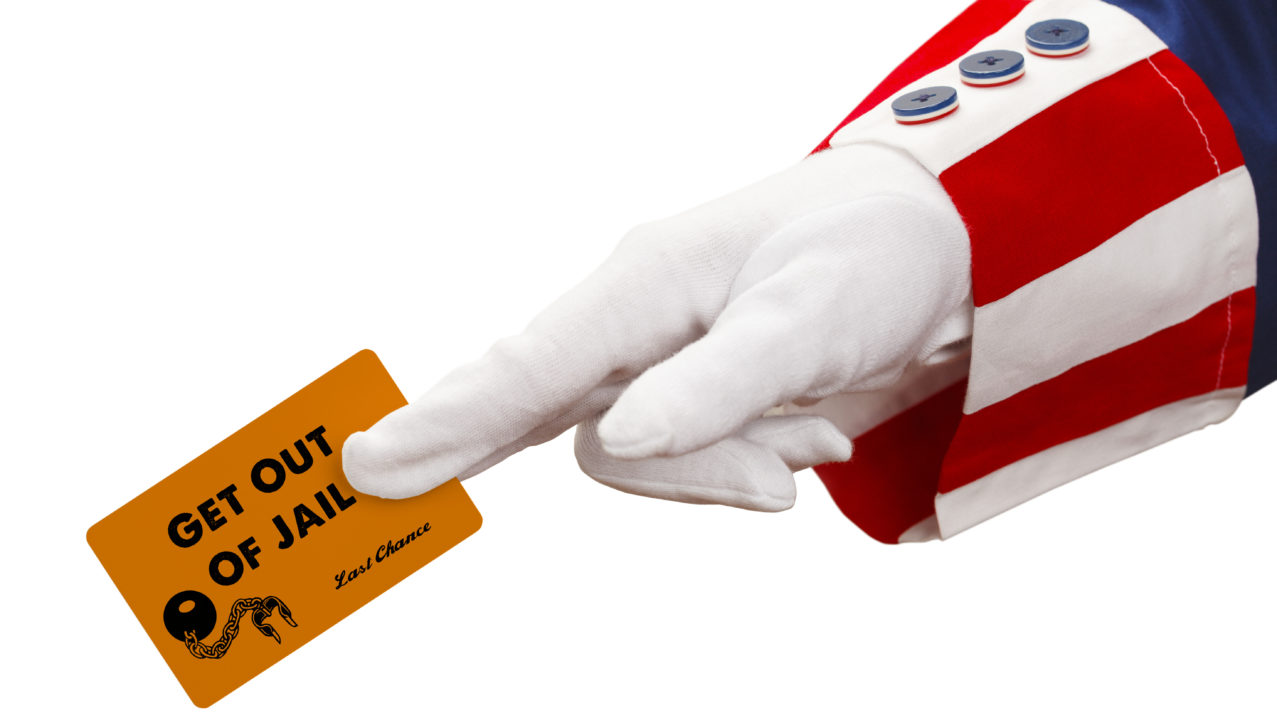 Proposition 47, which was adopted by Californians in 2014, has been described as a ballot initiative with ‘unintended results galore‘.  It was based on a laudable desire to reduce the number of people in California’s overcrowded prisons who don’t necessarily, for the sake of public safety, need to be there.  It was supposed to sunset in 2017, but legislation has now extended it to November of 2022.

A friend of mine informs me that Californians must not have really understood all the details of the proposition.  They probably thought they were getting cannabis users out of prison. Unfortunately, there are things in the proposition about which we were not aware.  [Yes, I think I voted for it myself.]

First is the $950 get-out-of-jail-free card.  If you shoplift less than $950 at one time, it’s a misdemeanor and you get released on your own recognizance.  My friend pointed out that many of the inhabitants of the recently dispersed homeless encampment on the Santa Ana River were small-time criminals who would regularly make a point of robbing local stores of less than $950 worth of goods, thanks to their understanding of the law.

You can call drug abuse a victimless crime, or a one-victim crime, if you like.  But I don’t think that shoplifting or burglary is a victimless crime, however small.  Sometimes I wish we could have, like Singapore, caning for first time offenses of that kind – and also for tagging. You may have noticed that in the Old Testament Law, prison is never used as a punishment. In any case, I think that if the good people of California had realized what was in Proposition 47, they might not have validated it so easily.

Another ‘get-out-of-jail-free’ card applies to non-forcible rape.  Forcible rape remains a serious crime.  But Proposition 47 also reduced non-forcible rape (i.e. rape of an unconscious or mentally-impaired person) to a misdemeanor.  No wonder some female college students are upset!  Most rapes on college campuses are of the non-forcible kind, and many involve alcohol abuse.

I had been saying, “Rape is a crime – hand it over to the police.”  However, if this is true, no wonder some women want their colleges to handle the issue through their own disciplinary system and not under the restrictions put on criminal law by the California Constitution.  I hadn’t thought of that!

Do California’s college women fully understand the consequences of Proposition 47?