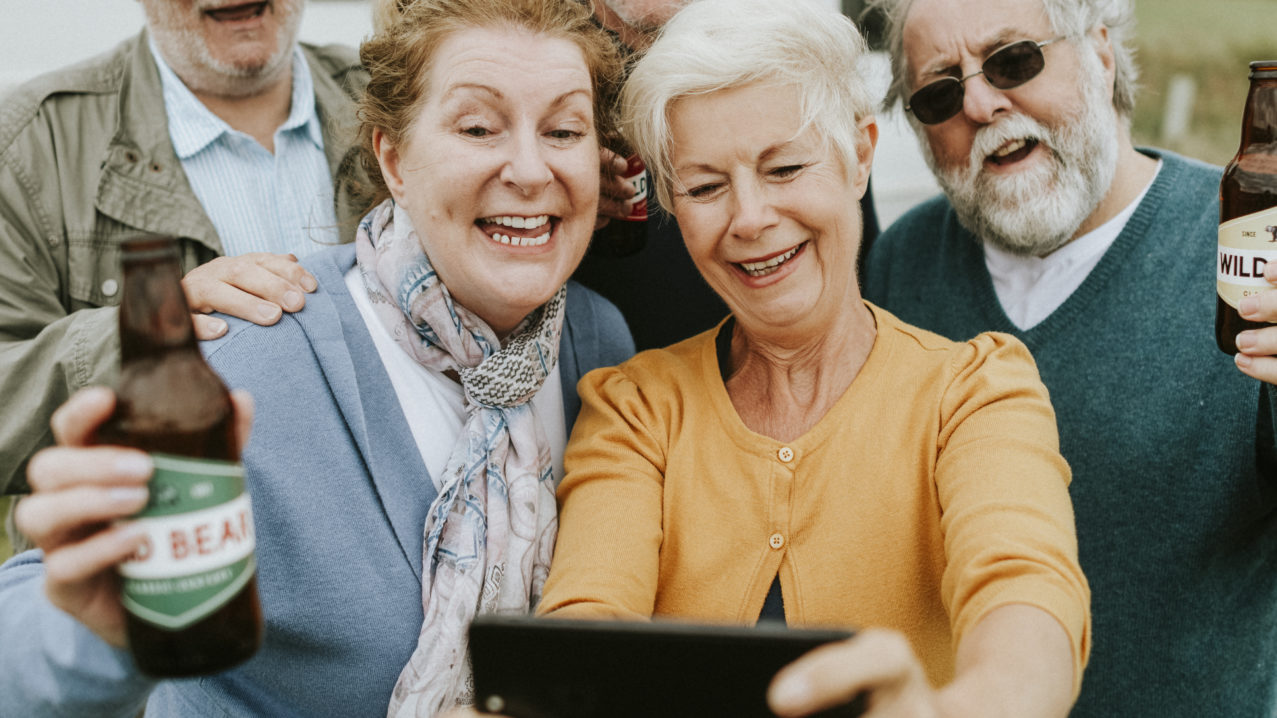 Here I affirm that most of the serious structural changes in society associated with the Baby Boomer generation were, in fact, set in place by people far older.  The Boomers, however, certainly took advantage of them!  And we, on the whole, are noticeably unthrifty, as you will see below.  A remnant of us returned to the church, and made lots of changes in style, but substantial changes in the substance of the church and of the office were really brought to us, I argue, by the much neglected Generation X – a.k.a. those born during birth years ranging from the early-to-mid 1960s to the early 1980s.

Having been born in 1950, I cannot deny being a member of that notorious generation, the Baby Boomers.  More than one source has condemned us as the worst generation ever, the ones that ruined America, even including land use rules!  I’m not so sure.  I think we mostly took advantage of paths bulldozed for us by people in the Silent Generation and before.  Hugh Hefner, who invented Playboy and pioneered the sexual revolution at least to the liberation of men [and it liberated men more than women] was born in 1926.  The seven justices that gave us Roe v. Wade were born between 1898 and 1915.  Even the notorious Justice Anthony Kennedy, who gave us the statement “At the heart of liberty is the right to define one’s own concept of existence, of meaning, of the universe, and of the mystery of human life,” was born in 1936, five years after the noted ‘rebel without a cause’, James Dean, and one year after Elvis Presley.  Goodness knows our generation took advantage of all these things, but they were given to us by people born well before 1945!

Francis Schaeffer [if not famously, it ought to be famously] said of the Boomers’ parents, the Greatest Generation, or more particularly of what was then called the Silent Majority, that a minority of them were real Christians or had a somewhat Christian world view, but that the majority of the Silent Majority had two basic values:  affluence and personal peace.  The rebels of the 1960s were wrong in their solutions, he declared, but they were right in their diagnosis.  [This ‘affluence and personal peace’ goes a long way for me to explain local politics and YIMBY versus NIMBY, one of my favorite subjects.]

In the end the majority of Boomers adopted those same values.  Being an unusually numerous generation, we had to compete for a relatively scarce number of jobs, and so many shed their rags, opted for the three-piece suit, conformed, and became [especially the later wave] what were called ‘Yuppies’.  It was the following Generation X, being smaller and having fewer qualified and educated people, that forced the employer establishment to bend somewhat on matters of dress and work culture.

Did we waste the country economically?  There’s a bit more of an argument for that.  The formative event of our early adulthood was one called the Great Stagflation.  It was partially triggered by Lyndon Johnson’s ‘both guns and butter’ fiscal policy during the Vietnam War, and accelerated by the oil boycott of 1973.  I remember the cover price of the magazines Time and Newsweek going from 25 cents to $2 within the space of about a year.

In such a situation, holding a lot of your assets in cash was not good.  There were financial advisors who warned us only to go into debt for productive assets, but the culture didn’t listen.  The inflation was largely tamed by the Great Interest Rate Spike Recession of 1981 and the ending of price controls on oil at that time.

[Around 1971, people were leaving Seattle in vast numbers due to a stall in a post-WWII air travel boom, during what was known by locals as the “Boeing Bust.”  Later on, after oil prices plunged in the ‘80s, people were actually trying to get out of Houston in droves – if you can imagine that.]

Now I would say that price inflation has continued apace in three specific areas:  housing, tuition [which, for public schools, is folded into the cost of housing], and health care.  But since the 1980s prices of other consumer goods have generally kept in pace with declining wages.  In fact, the prices of high-tech goods have declined faster than wages.  But nevertheless, this was the period when most married households began to find the income of one earner ‘not enough’ and began to send two earners into the workplace.  Until I read The Two Income Trap by Elizabeth Warren and Amelia Tyagi, I thought that this was due to consumerist greed.  I have repented of that belief.

But Warren and Tyagi also thought a lot of loans were being made that should not be made, and that credit was being extended too widely and easily [Yes, it’s that Elizabeth Warren and her daughter].  At the same time, during the ‘00s, the Wall Street Journal was inveighing against ‘credit snobs’ who thought only the financially sound should get credit [to be fair, a lot of political pressure to ease the standards on home loans also came from the Left].  Basically, easy credit had become the new opium of the people.  And the day of reckoning came in 2008.  I’m not sure whether it really changed people’s habits and attitudes, though.

In the Church, the Boomers brought a serious change of style but not of substance.  Though here again, it was people older than the Boomers, like Chuck Smith [born 1927] and John Wimber [born 1934] who opened the door for the cultural breakthrough that changed the dress and music of churchgoers and expanded the church beyond Sunday to small groups that would meet during the week.

A remnant of our generation was redeemed by this Jesus Movement and the Seeker Movement that followed.  But it came in two distinct waves.  The first wave, the Jesus movement, reached mainly young single people and saved many from drug addiction and screwed up lives.  [There was also a more clean-cut collegiate side of the movement, which claimed me as one of its successes in 1973.]

The second wave was the Seeker Movement, enabled by Rick Warren, [he was actually a Boomer himself, born in 1954] and this wave was more oriented to those of us who were beginning to settle down and have children, and looking for meaning in the suburbs and in family life.  This wave reached many that the Jesus movement had not.  Incidentally, no one has done a study of the Christians of our generation to see if the Jesus movement Christians have different attitudes from the Seeker Movement Christians.  I suspect they might.

And now, as far too many Republican voters of my generation have tilted into the depths of the heresy of Trumpite Christianity [by that I mean those who see Donald Trump as ‘the anointed Cyrus’ of our day, no matter what he does or doesn’t do, and never mind what he outrageously says or foolishly tweets], no one has tried to track how many of these came through the Jesus or Seeker movements.  [Yes, I’m sorry to say that we are the generation that started with giving the world Bob Dylan – and later won him to Christ – but ended up giving the world Donald Trump!  Yes, you can blame us now!]

Not all of us went Trumpite, but many of our Christian generation continued to follow the earlier dominant fundamentalist and evangelical world view that I call ‘Great Commission Utilitarianism’.  By that I mean that the occupations of life on earth are viewed as being only of interest to God; they were not worthwhile for their own sake, but only for opportunities to spread and finance the Great Commission.  Hardly the Protestant Ethic!  As I’ve said elsewhere, in that view God set up the universe business, then like an executive in mid-life crisis, retired from the business to go into full-time ministry!  A few of us decided this was shallow and sought out a more Reformed version of the faith.

Other contributions that Generation X and youth that followed them have brought to the church are (i) a sense of history, that there was stuff of value before the Reformation and before Chuck Smith, and (ii) a sense of visual beauty at least for the inside of worship spaces and sacred spaces, and for the outside when we can get away with it.

The Jesus and Seeker movements may have improved the methodology and the music of the church [when the lyrics aren’t too ‘Jesus is my girlfriend’], but when it came to the visual, the Boomer movements were basically disasters.  We are on the way to redress this, to the extent that we can afford it – and yes, I understand that’s a major barrier.  But the Antiochian Orthodox bring their portable icons out of the closet for their rented spaces and put them back in the closet afterwards.  The rest of us can do similarly.

As far as overreacting to ‘Great Commission Utilitarianism’, perhaps indeed, in our time, we have gone a bit too far, and need to be reminded that Jesus and His church have a bit more to offer the world than ‘human flourishing’ in this life.  But, as Luther said, humans are like drunkards who, after falling off the horse on the right, falls off it the next time on the left [no politics here, please; the political meanings of ‘left’ and ‘right’ were invented in France in 1790].