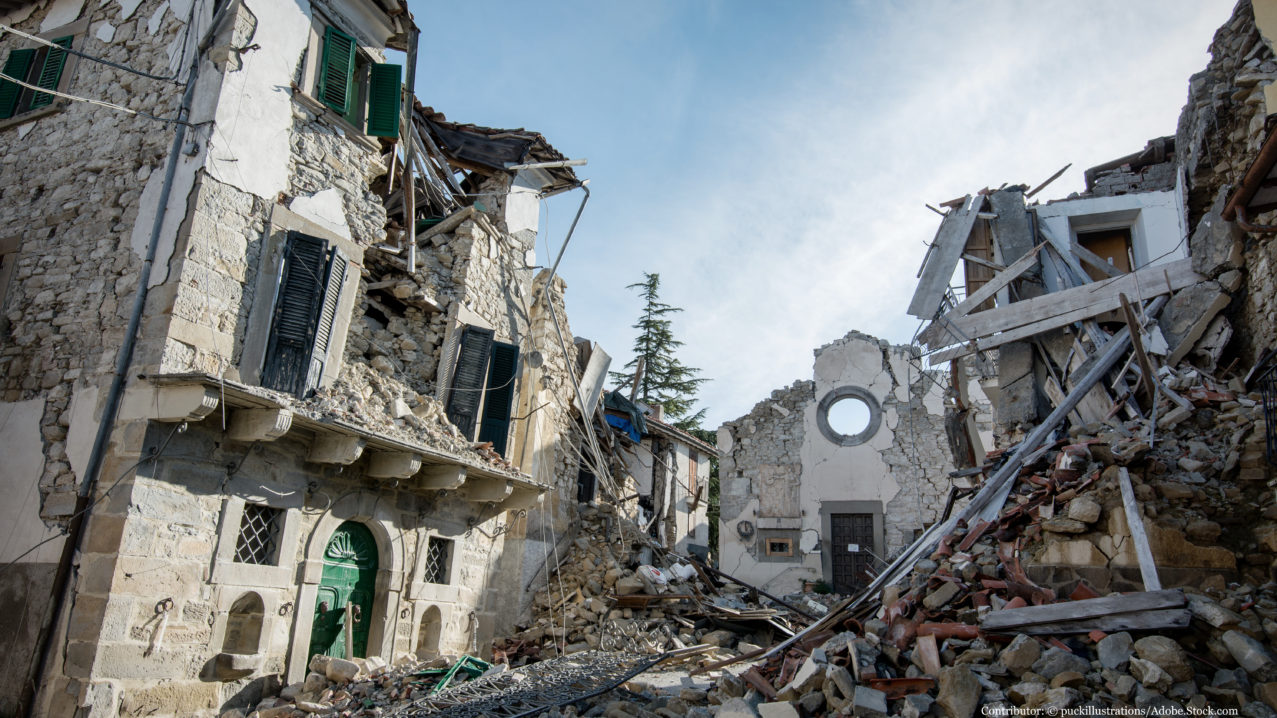 Many of us are trying to figure out what God is trying to do by allowing this Coronavirus plague to circulate around the world so dramatically.  As I thought about this, I was reminded of a passage in Luke’s Gospel that provides some perspective – from Jesus.

Jesus informs us here that, while there might have been a few precisely-targeted disasters in the Old Testament, that we must not routinely interpret all disasters in this way.  The Coronavirus is not targeting the most wicked among us.  Some disasters seem more karmic than others.  [Yes I borrowed a word from Hinduism.  I use it here to mean ‘natural consequences of bad behavior’.  We’ve also borrowed a lot of words from the Greco-Roman pagan tradition.]  AIDS at least implicitly informed us that the things needing to be done to avoid it bore a lot of similarity to Christian sexual ethics.

In any case, I don’t think that God intends us to observe ‘social distancing’ forever!

Some of the biggest intellectual discussions about ‘theodicy’ [a theology of assessing the justice of God] came out of an event in 1755.  This was the Great Lisbon Earthquake.  Lisbon was largely destroyed by the earthquake, fires, and the tsunami that followed.

Lisbon’s Prime Minister Sebastião de Melo [1st Marquis of Pombal], who survived the earthquake, was given nearly dictatorial powers over the Portuguese empire following this event.  He did away with the remnants of the Inquisition, in particular, the issue of the ‘impurity of blood’ of those who had Jewish ancestors.  In 1759 he suspended the Jesuit order.  This inspired a wave of change.  The Spanish Empire ran the Jesuits out in 1768.  The next year, when California was occupied, it was assigned to the Franciscans.

Some moralists had charged that Lisbon had been punished for its sins; Voltaire wrote a poem against that and also against the idea that “whatever is, is right” because if that were so, we are not fallen and would need no Redeemer.  Rousseau applied the lesson differently.  For him, it was an argument against urbanism.

I should think that if I had been God at the time, I would have centered an earthquake not in Lisbon, Portugal, but right under Paris, where most of the darker side of the Enlightenment was centered.

Similarly, during the San Francisco earthquake of 1906, the Hotaling whiskey warehouse and its valuable cargo was saved from fires or dynamiting.  A local poet, Charles Field, composed this ditty:

If, as they say, God spanked the town
For being over-frisky,
Why did He burn His churches down
And spare Hotaling’s whiskey?

The last time the San Andreas Fault moved in Southern California was in 1857, when Los Angeles was a small and rowdy city that had only been controlled by the United States for ten years.  So this earthquake was not remembered much.  The next time the fault shifts, it will do a lot more damage and will be a lot more notorious.  Los Angeles is, to say the least, a lot larger and more fragile now.  And it will not necessarily be the most wicked Angelinos who suffer the most the next time the Southern fault moves.

It is marvelous that, although God is not a constitutional monarch, and demands our obedience and loyalty, He has apparently no problem with our coming to him and saying, “Why is this so?” – even though He won’t necessarily give us a clear or infallible answer in this life.  Whole books of the Bible like Job, Ecclesiastes, and Habakkuk, together with parts of the Psalms and the other Prophets, are in fact devoted to this issue.

A year or two from now, some of the effects of the Coronavirus plague will be clearer, in retrospect, than now.  But full knowledge of the reasons why will always be in God’s hands.