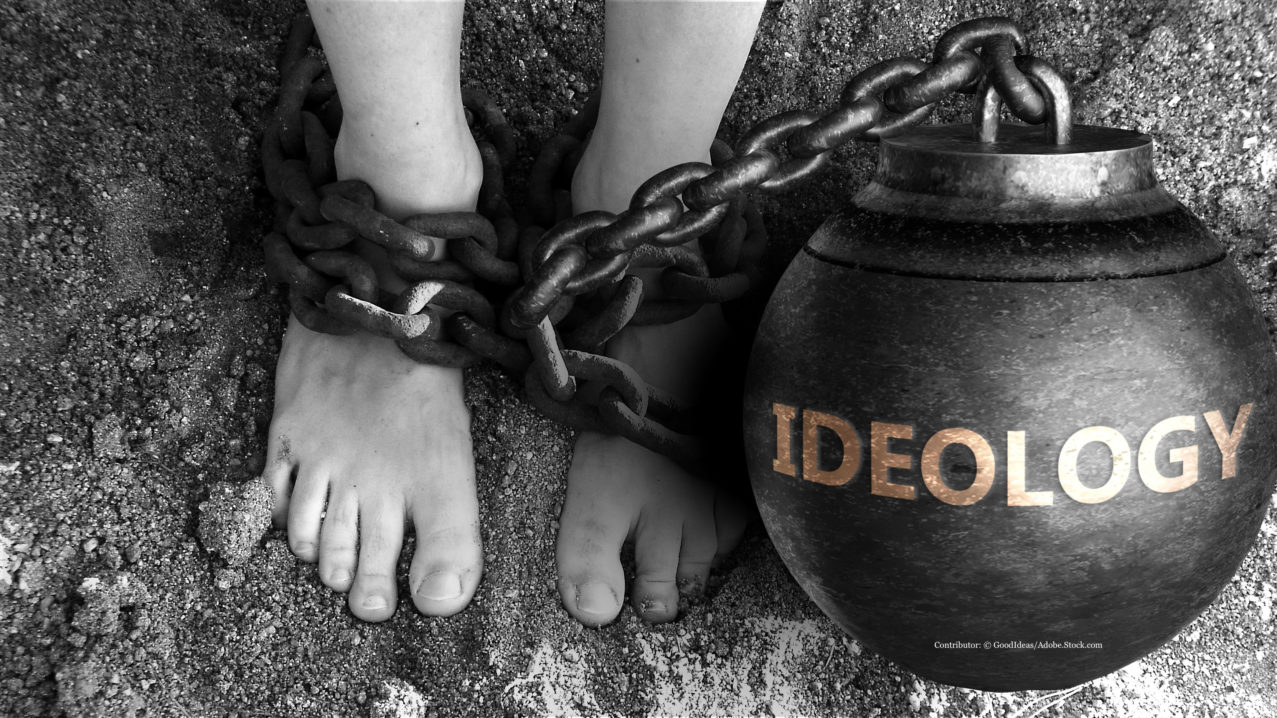 The definitions of ‘Republican’ and ‘Democrat’, and even ‘conservative’ and ‘liberal’, seem to dance in circles.  Even the nature of the parties shifts over time.  One is an ideology, the other a coalition, they say.  But even that fact tends to shift back and forth in various ways.

“Republicans are organized around broad symbolic principles, whereas Democrats are a coalition of social groups with particular policy concerns.”  So wrote Matthew Grossman and David Hopkins as recently as in 2016.

But that may be changing.  Republicans are organized around identities, and a lot of Democrats are organized around a radical ideology of ‘equality’.  From my point of view, the followers of Joe Biden seem to be the ‘party’ that are not identity focused.  One irony is that blacks, despite a few radicals, remain the most moderate part of the Democratic party.

On another level—not so much between the parties as on the Web and in universities and now corporations, we have—according to Peter Boghossian—a Culture War 2.0 that’s different from Culture War 1.0.

Under the first regime, for example, “Creationists . . . didn’t want evolutionary biologists to lose their tenure and their doctorates.  They wanted to debate and prove them wrong.”  Christians have done censorship on moral grounds, but “an attempt to suppress an academic article would have been almost unthinkable during Culture War 1.0.”  However, in the new phase, speech is violence, and must be dealt with by violence.

Consider, for example, Bruce Gilley, a professor at Portland State, who published an article called “The Case for Colonialism.”  “[R]ather than write a rebuttal or challenge Gilley to a public debate [as they might have done in the era of Culture War 1.0], Gilley opponents circulated a popular petition demanding that Portland State rescind his tenure, fire him, and even take away his Ph.D.  “The Case for Colonialism” was eventually withdrawn after the journal editor “received serious and credible threats of personal violence.”  The curious reader can review it now on the National Association of Scholars website.

Heresy hunting like this [even without the threats of violence] might be appropriate at a religious institution examining a doctrine that it declares to be true and false.  But public universities are not supposed to do that.  Woke-ism is behaving here like a religion.

More to the point, declares Boghossian, the ‘correspondence theory of truth’ itself is under attack.  It “basically states that objective truth exists and we can know something about it through evidence and reason,” and that “a statement is considered true when it corresponds with reality and false when it does not.”

What an exotic concept!  But now it is held that the more oppressed categories you belong to, the better handle you have on truth.  Admittedly, Christianity honors the poor, but it doesn’t suggest they have a better understanding of objective truth than anyone else.  It would seem that the Bible, like the Constitution, has ‘penumbras’.  Boghossian even adds that Christians are divided on the issue of truth, and so are atheists.

On YouTube, however, and for those younger people who depend on it, there is a major realignment.  The ‘intellectual dark web’ turns out to be an alliance of all kinds of people of different political and social attitudes against ‘the wokeness’, which, in their view, suppresses freedom.

One interesting case is Dave Rubin.  Rubin has a male husband.  He “characterizes himself as a liberal because he favors same-sex marriage, criminal justice reform, marijuana legalization, a social safety net and public schooling, as well as conditionally supports abortion.”  He has done podcasts for gay channels, “Hot Gay Comics,” “The Ben and Dave Show,” and “The Six Pack.”  He’s not exactly a part of the Religious Right.

But when he started doing his Rubin Report, he began by interviewing the likes of Mike Cernovich, Milo Yiannopoulos, and Jordan Peterson.  And in fact he has been the opening speaker for Peterson on many of his presentations, and frequently speaks at the conservative TPUSA.  Rubin, wherever he stands, is now a legitimate member of the Intellectual Dark Web [to be distinguished from the actual Dark Web or Deep Web proper, which is kept off of search engines and has a lot of illegal activity – SEO in reverse.]

And then there is Sam Harris, the youngest of the celebrated New Atheists.

Here is a chart of the actual opinions of most of the best known Intellectual Dark Web personalities.  Of them, the Rightist but anti-Trumpite Ben Shapiro is the only one that resembles a traditional conservative in his views.  Uri Harris, on Quillette, discusses this in some detail.  Harris seems to compare them, in some ways, to the ‘neocons’ of two generations ago.  And note that Spencer Klavan, who is featured in the Claremont Institute’s The American Mind magazine, is a practicing gay while claiming to be a Christian and writes devotional material.

I’d say the following:  When a subset of the Left has decided that free speech and free discussion are ‘violence’, it seeks to suppress them.  And when this subset has captured considerable portions of the university and corporate world; and when the social Right has lost most of the battles of the culture war [the younger generations are still open-minded about abortion], it is very reasonable for the rest of us [including those portions of the Left who oppose this view of free speech and there are not a few of them] to become co-belligerents against them.

The ideas of ‘wokeness’ are a threat to us all.  And I would further add, as a person who has participated in the Religious Right, that Christians should not support any measure that could be turned against us.  A clear example: ‘Prayer in public schools’ could easily be turned into a Trojan Horse for liberal, Unitarian, or New Age consensus theology, as it in fact was in the 1950s.

Discriminatory zoning, where a Christian Church gets a building permit easily but a Muslim mosque must face obstacles [and I don’t know if this has actually happened, but I’m sure there are people who actively advocate that] could be flipped around very easily.

In short, we want the freedom to preach Jesus as the One Way.  But in the political sphere, we must treat other religions by the Golden Rule:  We are obligated by Jesus Christ to treat all others as we Christians would want to be treated.  This is beyond debatable.  It is simply elementary.