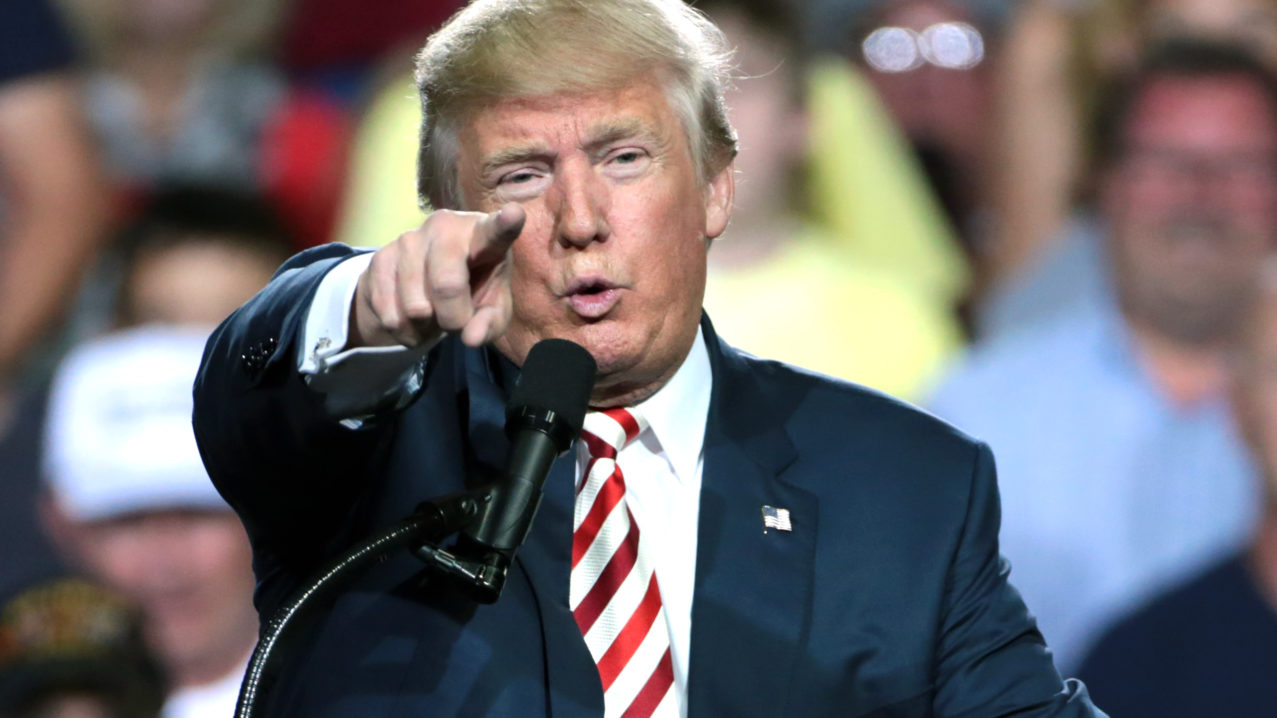 It’s often said that our President, Donald Trump, is a man of no moral convictions – except for those related to his own power and ego.  I would quite agree that he seems to have no religion or philosophy.  But I was in discussion with a friend this morning, and we agreed that he probably has one moral conviction, and it was revealed in the title of a book he allowed to go out under his name: The Art of the Deal.  OK, he probably didn’t write it himself. But I think it may represent his one true conviction:

When you make a Deal, you keep it, even if you don’t have any personal convictions about it one way or another.

Trump said he would limit free trade and impose tariffs.  He has tried to do so and has succeeded insofar as his executive authority allowed.  Whether the executive should have the authority to do that, I doubt, but never mind.  And the working class may be shooting itself in the foot with regards to this, as I once suggested.  The effect of these tariffs could be to jack up the prices of consumer goods at Walmart, which have stayed low until now, in step with rents, house prices, tuition, and health care, where prices have continued to inflate for the past 40 years.

But Trump said that’s what he was going to do, and he did it.  And yet, at the same time, this same president doesn’t seem to feel bound to keep deals made by a predecessor in the Oval Office, like Obama’s Iran Deal.

Another more puzzling issue is his relationship with the Religious Right.  These days, the Religious Right is a much weaker force nationwide than it once was.  However, Trump was able to win the Republican nomination by rolling over them and the ‘fusionists’ and the ‘cuckservatives’ and the ‘business leaders’ that had controlled the destiny of the party up until then.

I will now interrupt myself by providing definitions for the casual reader who has never heard of a couple of terms I’ve used.

Fusionist:  someone who tries to hold on to the traditional three-legged stool of ‘conservatism’ as it was forged in the 1950s.  The three legs were an aggressive foreign policy and a strong and well-funded military [until 1990, of course, it was mainly directed at Communism]; limited government and freer markets [though some were more interested in ‘small government’ at the federal level than at other levels]; and social conservatism [though some were regrettably more interested in race and income and social class than morals when it came to the crunch].

Cuckservative is a term coined by the alt right that I am willing to claim for myself, someone who is more interested in at least one of the principles of fusionism than in the actual effects of immigration, globalization, and the weakening of Anglo [non-Hispanic white] influence.  The business class is often ‘cuckservative’ because it welcomes the flood of unskilled immigrants as a way to keep wages down.

The leadership of the religious right is often ‘cuckservative’ because it has welcomed the chance to reach the ethnicities of the world with the Gospel right here in the United States. They also hoped that the immigrants and even the blacks, despite their views on economics, might have social attitudes that were conservative and would be a counterweight to the ‘social liberals’, very few of whom are recent immigrants.

The one case in which the Religious Right’s case was validated was Proposition 8 in California, which was nonpartisan and not associated with party loyalty.   But whenever partisan issues are brought in, the increasingly anti-immigrant and nativist tilt of the Republican Party pushed the immigrants and the African Americans into bed [pun not intended but too good to pass up] with the gays.

The religious right and the ‘fusionists’ may have been too weakened to keep Trump from winning the Republican nomination, but he recognized that he needed them to vote for him in the general election.  So, he made a Deal.  The Deal consisted of Mike Pence, Neil Gorsuch, and Trump’s commitment to a pro-life agenda regardless of his personal convictions on the subject, of which he apparently has none.   [I would bet that at least one of his unborn children has been aborted sometime during Trump’s life!]

It looks like Trump lies about facts a lot.  Or at least misstates them.  But he doesn’t lie, it would seem, about what he’s going to try to do.  He manages to keep his word when there’s a Deal.  And this was the kind of ‘honesty’ that, it seems, a lot of people wanted.