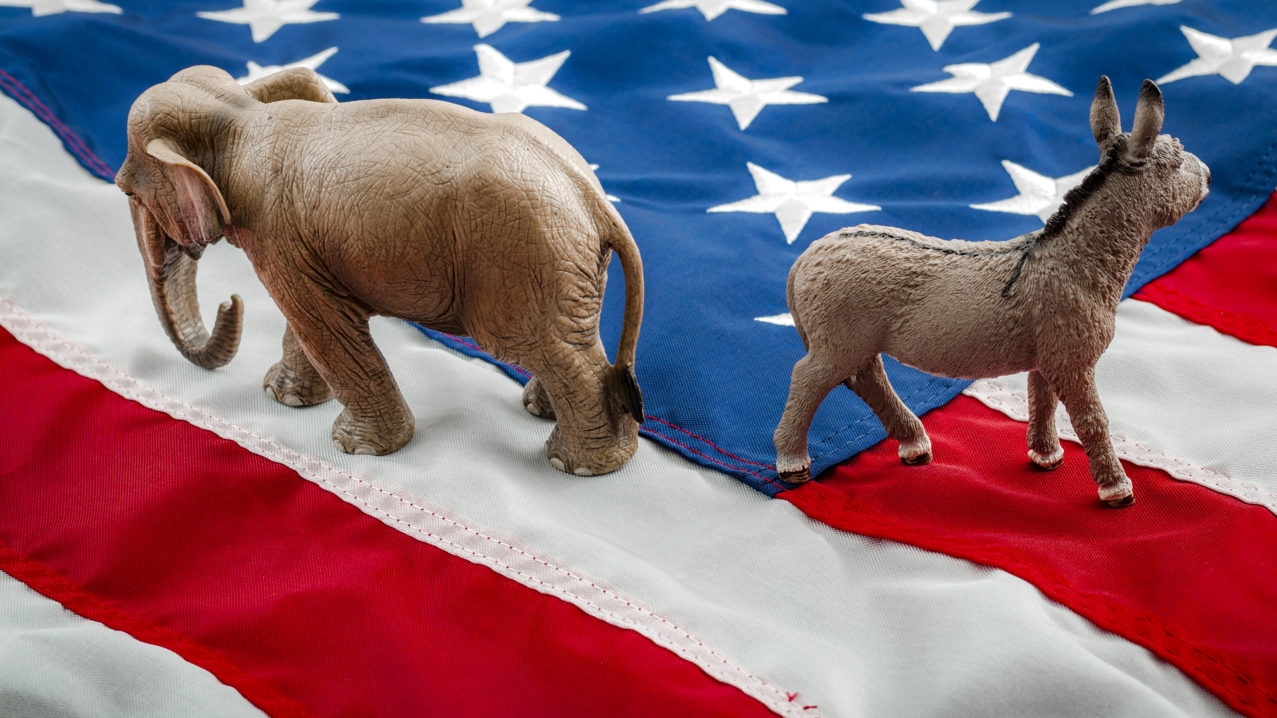 Nine years ago I became a nominal Democrat, a DINO [Democrat in name only] as I called it. I did so because it seemed to me at the time that the Republican party was being taken over by a group of people led at the national level by Grover Norquist that I called NTSEBREE [a clumsy and unpronounceable acronym for No Tax Shall Ever Be Increased Ever Ever] and I concluded that while I believed that certain aspects of government [and not just the federal and state government, as Blue Kennel declares ad nauseam] were indeed a cancer, the no increase in taxes ever or ‘starve the beast’ approach was like trying to shrink a cancer by starving the patient. As the government’s revenues shrank, the ‘cancer’ would continue to hoard the remaining resources and starve the rest of the ‘body.’

I also had the fear of two other groups that might contend to take over the party: one, the small but elitist group marching under the slogan “Fiscally conservative, socially liberal” – one could possibly argue that they, in Western and Northeastern States, they were really recapturing the party, but that is an argument for another time; two, the increasingly ethnic and nativist agenda of many that was in fact reshaping the Republican Party into a white ethnic party [and this in a state where we non Hispanic whites are 40% of the population!] and even redefining the concept of ‘social conservatism‘ from the moral concerns of the Religious Right to more ethnic issues. Now I actually think there are good arguments that we might need to tighten our borders, revise the concept of ‘birthright citizenship,’ and insist that settlers from certain cultures modify their habits. But could these ideas be raised in a way that does not polarize the Anglo minority community from everyone else?

In 2014 Michael Lind predicted that social conservatism would fade away and that politics would align on the basis of the lower and upper middle class suburbs versus the rich and poor city. He anticipated Donald Trump a year before Trump began his campaign.

However, I have found the Democrats disappointing, at least in California. The outcome of the 2008 election of Proposition 8 proved my belief that there were a large number of Democrats of color that were socially conservative, for the proposition won the Blacks and Latinos and lost the Anglo and Asian vote. I therefore thought that the socially and sexually liberal agenda popular in the Democratic Party was a white “thang” and that California, a state with only 40% Anglo population, was one in which tensions could be exploited between the Silicon Valley – Hollywood agenda and the agendas of East and South Los Angeles.

I’ve been disappointed. We have had some hostile bills appear in the Legislature – to require crisis pregnancy centers to tell you where you can get abortions [just invalidated by the Supreme Court], one that threatened to pull all state support from Christian colleges because of their sexual stand [this was pulled, fortunately, because the drafter came to understand the value of college scholarships and grants], and one to outlaw any form of therapy for persons who were same sex oriented but wanted to follow a different lifestyle [this one is still hung up in the Legislature]. It was asserted that the latter could lead to the banning of the Bible or similar literature; I thought this a bit of an exaggeration.

There has not been the push back from the classical religious constituencies within the Democratic Party that I hoped for. I am disappointed. Accordingly, I have decided to re-register Decline to State. Since these now outnumber Republicans, I can hope they are not dominated by the ranks of the ‘fiscally conservative socially liberal’ elites.

I have been also involved in issues such as the late SB 827 on housing. This issue is one that seems to cut across the conventional polarization in America and bring up issues that need to be faced about the function and authority of local government. It split both parties. I don’t need to be registered with either one to pursue this issue.