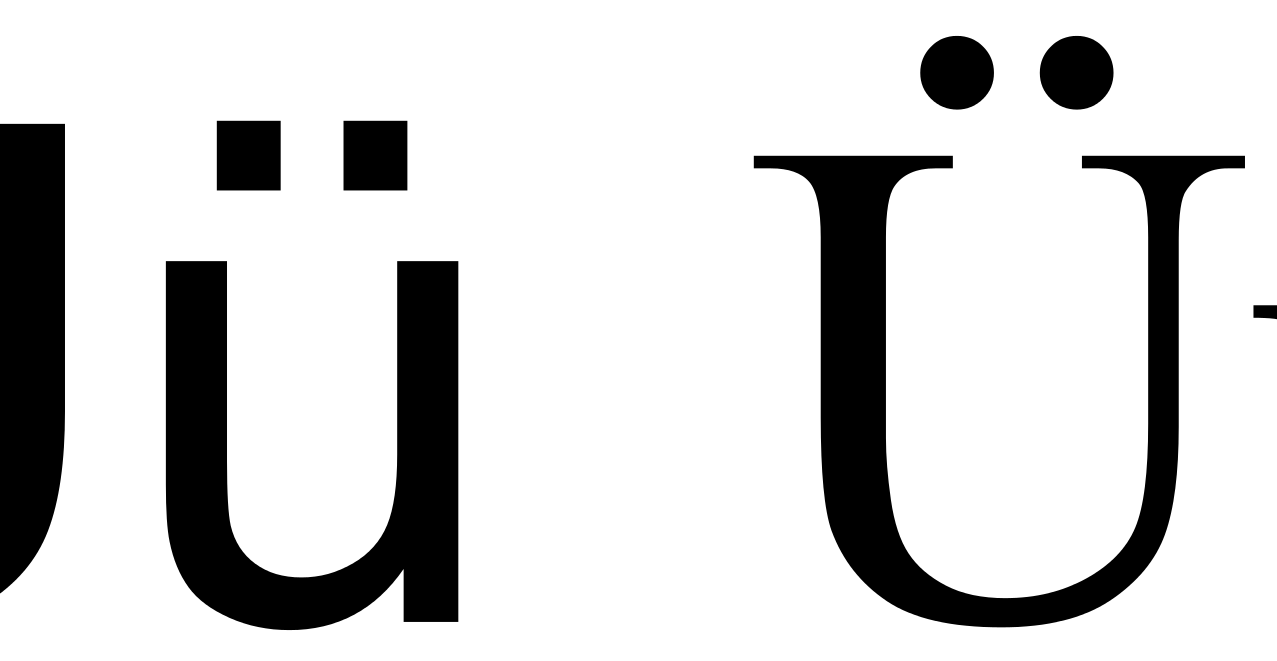 Most people think an umlaut is the two dots over a letter that you often see in German and some other languages.  A number of Anglophone rock bands have decorated their names with ‘metal umlauts’, not affecting the pronunciation, in order to look more Gothic.  Actually, it’s the process that creates the unique sound, and the two dots are simply a writing device to indicate the sound that is supposed to be used.

Umlaut arises in the Germanic languages because Proto-Germanic had a lot of plurals and other grammatical endings in -i.  The -i pulled the vowel in front forward, and then the -i was either dropped or changed to a neutral vowel.  For example,

Later: hand, plural haendi [This uses the convention of writing the German umlaut by adding an e when the two dots can’t be made].

That understood, we have a few vestigial cases of umlaut in English.  Note, however, that English and Yiddish have unrounded the umlaut vowels, so that ae and oe become e, and ue becomes i.  [I suppose a proper Ashkenazi Jew would speak of calling up ‘Eeber’ for a ride].  So, anyhow, we have a few umlaut plurals:

In mid-century California we had a U.S. Senator named Thomas Kuchel.  It could have just as easily been spelled Kuechel.  In order to promote the proper pronunciation of his name, the ads for him said Kuchel – ‘rhymes with people’.  Of course, that’s not a rhyme.  It’s an assonance, but that’s a distinction apparently too fine for the public-at-large.  [I’m picky about this.  I never realized until years later that my dad’s Home Savings slogan, ‘Peace of Mind since 1889’ was supposed to rhyme.]  But ‘Kyookle’ would have been just as suitable an English rendering of the pronunciation, had the Senator’s family chosen to use it.

More recently, the politician John Boehner chose to use the fronted and unrounded pronunciation ‘Baner’.  In his case, although ‘Boner’ would have been equally plausible, it would have been a bit of an embarrassment.

The California politician Scott Wiener seems to have lived it down successfully.  Meanwhile, the New York politician Anthony Weiner was on the receiving end of endless ribald jokes when he got into sexual trouble; but the fact he did is a monument to American dyslexia and the deficiencies of the government school system in teaching reading.  Wiener is ‘ween-er’ and means Viennese. Weiner is ‘wine-er’, and can mean either wine merchant or wagon builder [wainwright].

In short, the pitfalls of rendering foreign names into English can provide no end of entertainment.  But only if you know how to look for it!