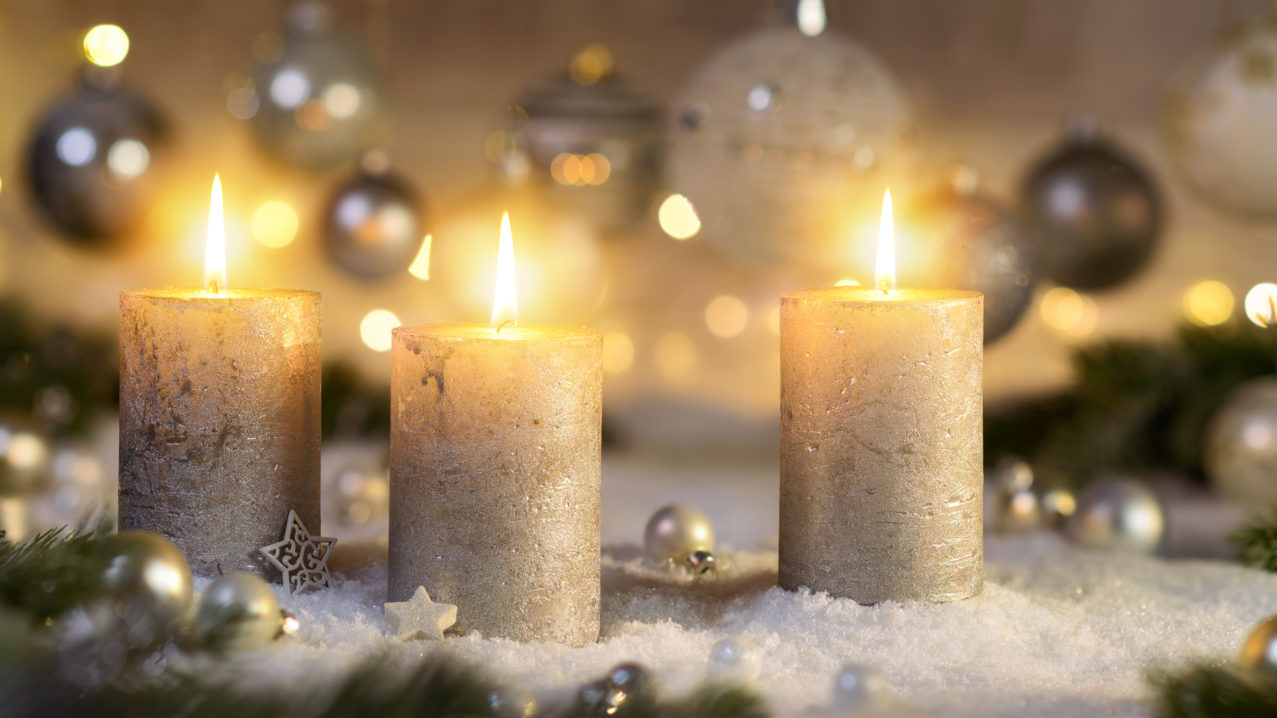 C.S. Lewis, in an essay called “What Christmas Means to Me,” declared that there are three Christmases that are celebrated simultaneously:  the incarnation of God the Son in the person of Jesus Christ, the merrymaking around the solstice, and the cargo cult potlatch of shopping and buying presents.

The festivities around the solstice are the oldest.  In the Northern Hemisphere it is the point where the days stop getting shorter and start getting longer again.  In the Southern Hemisphere it is actually the summer solstice that is celebrated.  We spent the holidays in Sydney once, and I noticed that their Christmas decorations depended a lot less on lights and are more designed to be highly visible in the daytime, because there those are the longest days of the year.

I am not against celebrating natural events like that.  In fact, one of the things I dislike about Islam is that its religious calendar is completely detached from nature.  Ramadan, for example, can occur at any season.  And the Persians and nearby countries, much to the frustration of the Islamic Republic of Iran and the Taliban, persist in celebrating Nowruz at the spring equinox, which has absolutely no connection with the Islamic calendar.

The Romans celebrated Saturnalia around the solstice, and then the Mithraic religion brought in Dies Natalis Solis Invicti, the Birthday of the Unconquered Sun, which was celebrated on December 25.  Jesus was definitely not the reason for this season.  But during this party season, the Christians were able to get away with a lot more than they could during the rest of the year, and they liked the symbolism of the beginning of the lengthening of days, so they started celebrating the Nativity of Jesus at that time.

We can still get away with a lot more in our neopagan times.  We can pipe in Christian hymns with outrageous and very politically incorrect lyrics, declaring “Born is the King of Israel” and “He rules the world with truth and grace, and makes the nations prove” and “to save us all from Satan’s power…” mixed in with all the other songs of the solstice, of winter [I have never seen a ‘one horse open sleigh’, and I’m not sure that anyone else I know has either], and of the cargo cult deity that oversees the Great Potlatch.

[I’m not sure about this, but I think that the odds of a white Valentine’s Day are higher than that of a White Christmas; songs like “Winter Wonderland,” “Let it Snow,” and “Baby It’s Cold Outside” seem more appropriate for Valentine’s Day in the Northern Hemisphere.  But never mind].

The Great Potlatch [not a word that Lewis used] was the part he was most bothered by.  It “has been forced on us by the shopkeepers,” he said.  It has become the domestic counterpart of defense spending on the national level; an escalating arms race.

Some of you may not know what a ‘Potlatch’ is.  The word comes from one of the Pacific Northwest Indian languages.  We are informed that “A potlatch involves giving away or destroying wealth or valuable items in order to demonstrate a leader’s wealth and power.  Potlatches are also focused on the reaffirmation of family, clan, and international connections, and the human connection with the supernatural world.”  Sounds a lot like the North American Christmas to me.  From 1885 to 1951, the Canadian government thought the potlatch destructive and tried to outlaw it; but they took no action [as far as I could see] against Santa Claus, the non-Indian counterpart.

I don’t think we can entirely eliminate the Great Potlatch, but we can redeem it, I think, by remembering the poor and the marginalized.  My church has an ‘Angel Tree’ program.  And there are countless other charitable opportunities that specifically focus on caring for others during/at Christmastime.

I would like to wish my readers a Merry Christmas, in all three dimensions; Rejoice in the Incarnation of Our Lord; celebrate the time of year; and survive the season of shopping and of giving; and even celebrate the ugly sweaters!

What is to be done about the police and the police culture?  Some say ‘spend less money on them’.  Some say what we used to call ‘integrate’.  Some say ‘teach them to use nonviolent coercion, like mental health aides’.  But […]

In which I argue that it is precisely because of ‘white privilege’ that we tolerate a double standard of ‘racist’ remarks about white people from others; because we aren’t ‘hurt’ as much.  Sometimes outspoken women and men, including college professors, […]

A story in which my own experience in a black neighborhood convinced me that the hope for reconciliation is not dead It was late February, and I was on my way to a men’s retreat in Malibu, California.  And I […]