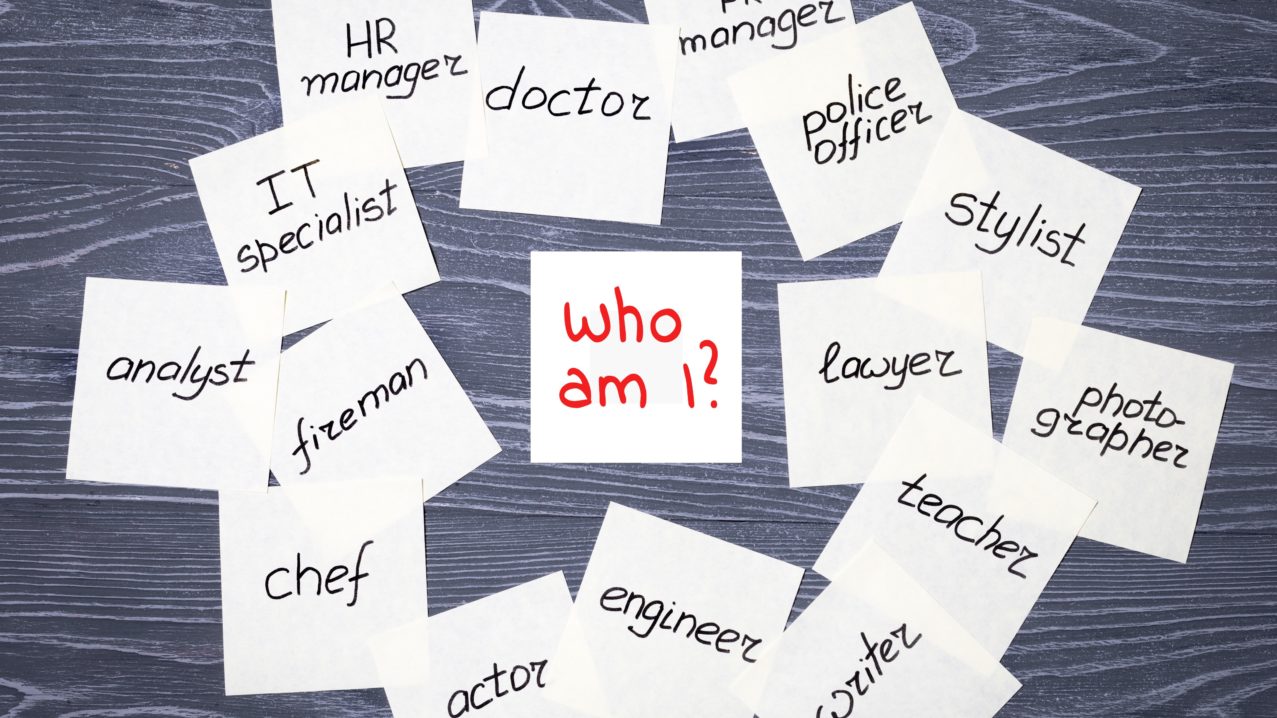 In the classical Christian church we hear much about our identity in Christ.  We also have a host of other identities or roles: parent or child in a family; worker in or owner of an organization; a particular church, denomination, or theological strand; ethnic or racial identity.  Perhaps we even identify with an income bracket, a favorite sports team, or our own favored recreations [assuming one has time!].

We also hear a lot about ‘identity politics’ nowadays.  Politicians appeal to the primary ethnic groups, African-American, Asian, Latino, Native American, and ‘non-Hispanic white’, offering them not just non-discrimination but a specific share of various jobs, university admissions, and so forth.  I mention ‘non-Hispanic whites’ here because some have gotten the identity politics bug too, and one political party, the Republicans—and many Republicans, admittedly, are not happy about this—have become primarily a white Anglo party.

Now it must be admitted that ‘white Anglos’ are not united but are split into two identity camps.  They are the majority in 46 states and are in positions of disproportional wealth and influence in the other four.  However, it is among them that the so-often spoken ‘polarization’ of American politics is to be seen.  The proletarian and sub-proletarian whites depicted in such works as Hillbilly Elegy, and the ones made fun of on sites such as Stuff White People Like, are effectively two different tribes, who dislike each other as much [or more] than they dislike people of color.  You will never get ‘white supremacy’ out of such a divided race, for all the ‘white privilege’ they actually do have.  Non-whites, in America, tend to ‘vote blue’ but ‘live red’.

One important identity is that of the national state.  It is on our passports, and it is the one that will ask some of us to join the military and fight and die for it.  If you look at the actual motivations of soldiers, however, they are more likely to be thinking of their ‘band of brothers’ or of their family and community and native soil, which is not necessarily identical with the national state.

Ethnic identity, which can include race [not only in the U.S., for Tutsi, Hutu, and Pygmy in Rwanda and Burundi are distinguished by race, not by language] is primarily defined by language or dialect.  In fact, language is, mostly, its strongest marker.  Even recreational identities are marked, often, by a different jargon:  ‘surfer talk’, for example, is well known as a distinct jargon, some say even an accent.  I will note that, in my opinion, the effort of the late nineteenth and early twentieth century to make nationality and ethnicity absolutely congruent is a fool’s errand and will never work.  Think Africa, for example, or Papua, New Guinea, with its 750 languages.  And all too often, the majority ethnicity within a political nation-state starts to identify itself specifically with that state; America is by no means the only or even the worst example of this!

A major driver of identity is what Plato [or at least Francis Fukuyama, following Plato] calls thymos, or spiritedness [or the desire for recognition and respect].  Plato adopts a tripartite view of humans:  this ‘thymos’ is a third thing alongside ‘rationality’ and ‘animal nature’ [food, sex, other basic needs and instincts].

This tripartite theory is different from the tripartite anthropology of some Christian traditions [not so much the Catholic or historic Protestant traditions] that separates the ‘soul’ from the ‘spirit’ and posits a dualism between ‘spirit’ and ‘soul’ rather than the more well-known dualism between ‘soul’ and ‘body’.  Thymos is probably similar to Dallas Willard’s ‘drive for significance’ which Willard thought not a sin in itself, though misused or in excess it could lead to many sins [compare sex!].

A friend of mine, Paul Marshall, however, once had a conversation with the European-American conservative intellectual Eric Voegelin in which Voegelin declared that he was certain that things had no ‘identity’, and that ‘identity’ was invented in the early 1950s by the psychologist and psychoanalyst Eric Erikson!  Possibly, Marshall adds, as a secular substitute for the soul or the spirit.  Marshall also finds it odd that in the ruling culture you are allowed to choose your gender [despite your body], but not your race or your sexual orientation, to which you are apparently unconditionally elected.

For Christians, identities pose two temptations.  The first, of course, is the idolatry of any other identity as equal to or greater than our identity in Christ.  As Francis Schaeffer used to say, God and country are not two equal loyalties.

The other temptation is linking one of our other identities too closely to our Christian identity.  I remember the founding pastor of our church.  He was a great fan of the Boston Red Sox, to the extent that his ring tone was Neil Diamond’s song ‘Sweet Caroline’, evidently an anthem of that team’s fans.  But he neither put his love of the Red Sox ahead of his loyalty to Christ, nor did he tie the Red Sox to Christ as if they were some kind of especially ‘Christian’ team.

To tie our American identity closely to our Christian identity, or to tie our ethnic or racial identity to our Christian identity, is dangerous for a faith meant ultimately for all ‘nations’ [here meaning ethnic groups, not political identities].  I suppose, for example, that I am a ‘White Christian’, in that my preferences in liturgy and worship are not those of the black church.  [Then, again, there are the Copts and Ethiopians and other Africans who are definitely not white and definitely do not worship the same way as the black church in America.]

But if ‘White Christians’, for example, are declining in America, that may not mean that Christians, as such, are declining everywhere in America.  That is another question entirely.  It is fine to love America.  It is not bad to love your region or your city, or even your ethnicity.  But do not put those ahead of Christ, and do not tie them to Christ.