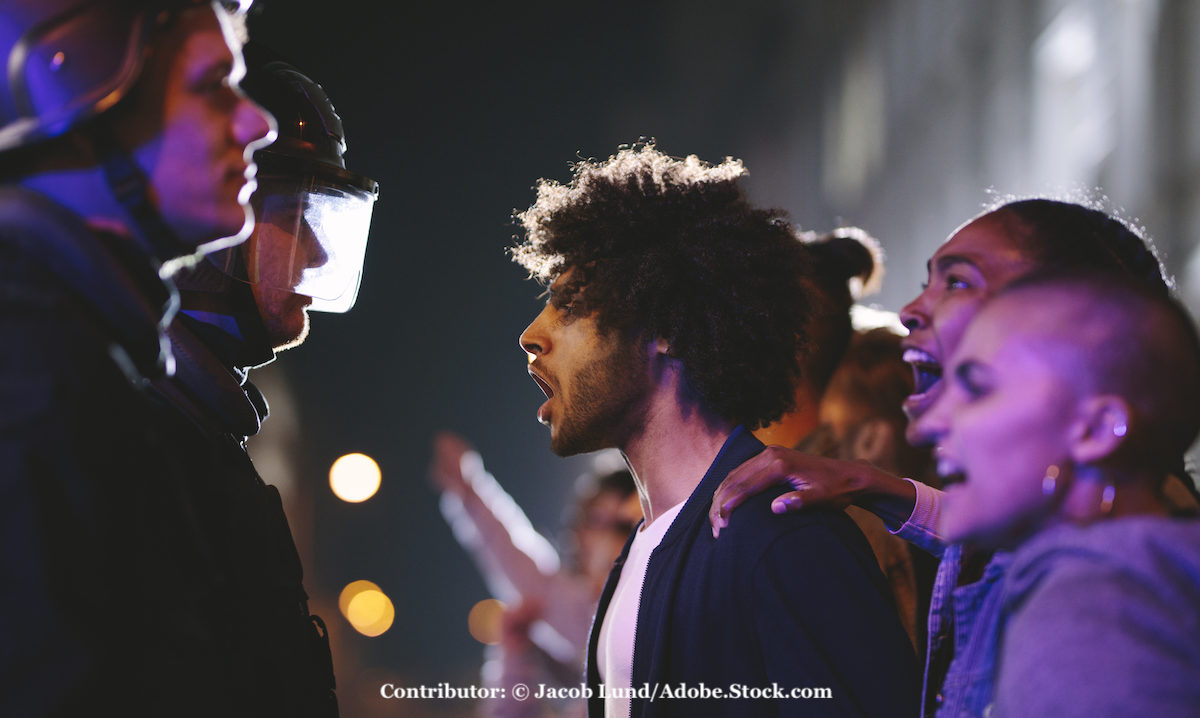 What is to be done about the police and the police culture?  Some say ‘spend less money on them’.  Some say what we used to call ‘integrate’.  Some say ‘teach them to use nonviolent coercion, like mental health aides’.  But can we do without police?  What instead?

Recently there have been calls across the country for the ‘defunding’ of police departments.  Some commentators have pointed out that today’s police had their origin in urban areas, controlling unruly working class mobs.  In the late 19th century in the U.S., these were often of Italian or Eastern European origins and were not yet regarded as fully ‘white’.  Meanwhile, in the Southern states, the police amounted to patrols to prevent slaves from escaping.

Yet most of us have come to depend on police forces to protect us against robbery, murder, and the like, and also to keep dangerous drivers under control.  I have trouble contemplating what a society without policing would be like.  It certainly is not racist, as such, to want your home or yourself not to be burglarized, robbed, or murdered.  It’s racist for us to assume that ‘certain’ people are more likely to commit crimes, and then to extend that assumption to an entire race or cultural group.

However, I do think there is a legitimate problem with how blacks, and maybe other non-Anglos are treated by the police in many areas; let’s hear from some of those who are neither black nor white.  It is a legitimate cultural issue, and so I am willing to say, ‘Black Lives Matter’, meaning that blacks are fully human, and in particular, that they are more likely to get killed in their encounters with the police.  At the same time, I’m unwilling to support the organization of the same name, aka BLM.  That group, unlike the Civil Rights movement of 60 years ago, is definitely post-Christian, and some of its goals are unacceptable.

In short, I am not a police person, nor do I know much about criminology.  So I do not accept personal responsibility for rogue police officers’ conduct.  However, I must admit that while I am not a fan of ‘quotas’ or most ‘affirmative action’, I might make an exception for the police.  It is possible that people might feel more comfortable with community police that ‘look like them’, and that police might be more gracious in dealing with communities that ‘look like them’.  Maybe what I’m proposing is more to be called ‘community policing’.

Meanwhile, perhaps the police could learn from mental health aides.  Such properly trained experts know how to use force and coercion without violence.  It’s their job.

But there is a mentality we should not buy into.  There is a notable essay by C. S. Lewis in the collection God in the Dock, entitled, “The Humanitarian Theory of Punishment.”  Here, Lewis argues that the punishment or treatment of offenders needs to be linked as much as possible to ‘desert’.  This does not refer either to dry landscapes or a sweet course after dinner; it could probably be rendered ‘deservedness’ or ‘just deserts’ in today’s English.  If we take out the concept of ‘desert’ and ‘punishment’ regarding what we do to these offenders, the wrongful deed itself could potentially become infinite: “you are not ‘cured’ yet.”  One could be confined forever for something which ‘deserves’ much less penalty.

For example, we have an odd duality right now in the way we deal with certain sex crimes in California.  Apparently, we don’t think they ‘deserve’ life imprisonment, but we sentence it, de facto,  anyway.  The criminal serves his ‘deserved’ sentence, which is for a finite time, under criminal law, but then he is handed over to the ‘civil’ arm of the court to be held in a different kind of prison for perhaps the rest of his life.

Mental institutions are prisons of a different sort, run under civil law principles rather than criminal ones.  They are not automatically more ‘humane’ than criminal law prisons.  Furthermore, I have pointed out in another post that our rights regarding civil law are less than the rights we possess in criminal law.

[By the way, I still think the mass de-institutionalization of mental patients 50 years ago, and putting them out on the street, was a mistake.  But how to bring ‘deservedness’ into it, I don’t know.]

I’ll admit that there are some cases where we might be willing to deny freedom to people without making a moral judgment about them, and I wish Lewis had explored the subject more thoroughly.  We are going through a pandemic in which some of our liberties have been taken away from us for the protection of the public at large.  I am not worried myself about dying if I get coronavirus.  I wear a mask to set a good example to potential carriers.  And we don’t make moral judgments about people who are quarantined.  But this particular moral model should be used sparingly.

There is an even greater danger in ‘deterrence’.  Lewis warns us:

If the justification of exemplary punishment is not to be based on desert but solely on its efficacy as a deterrent, it is not absolutely necessary that the man we punish should even have committed the crime . . . The punishment of a man actually guilty, whom the public think innocent will not have the desired effect; the punishment of a man actually innocent will, provided the public think him guilty.

So if the point is just to scare people into goodness, we can easily use a scapegoat instead.

Also, I was once associated with the people called Christian Reconstructionists or Theonomists.  They liked to point out that under the Old Testament Law, there was no provision for prison as a punishment.  There were programs of restitution [200% if the theft was intentional, 120% if it was an accident] and the incorrigible were stoned.  Well, perhaps, there were too many stonings; that is the complaint we have today about the idea of instituting Old Testament Law.  But the fact that they didn’t use prisons is something worth thinking about.

Interestingly, Old Testament Law says nothing about police.  It’s possible that the general public was required to assist in law enforcement.  In earlier America we called this a ‘posse’, which is Latin for ‘power’.  However, I don’t know whether we could get this to work in an urban society, although some Second Amendment advocates might support it.  But in any case, it’s possible that we somehow need to do the ‘police’ thing differently.  Still, something will have to replace the police, and it can’t be therapists.  And, whenever we can use the concept of ‘desert’ to decide how people should be treated, we must do so.