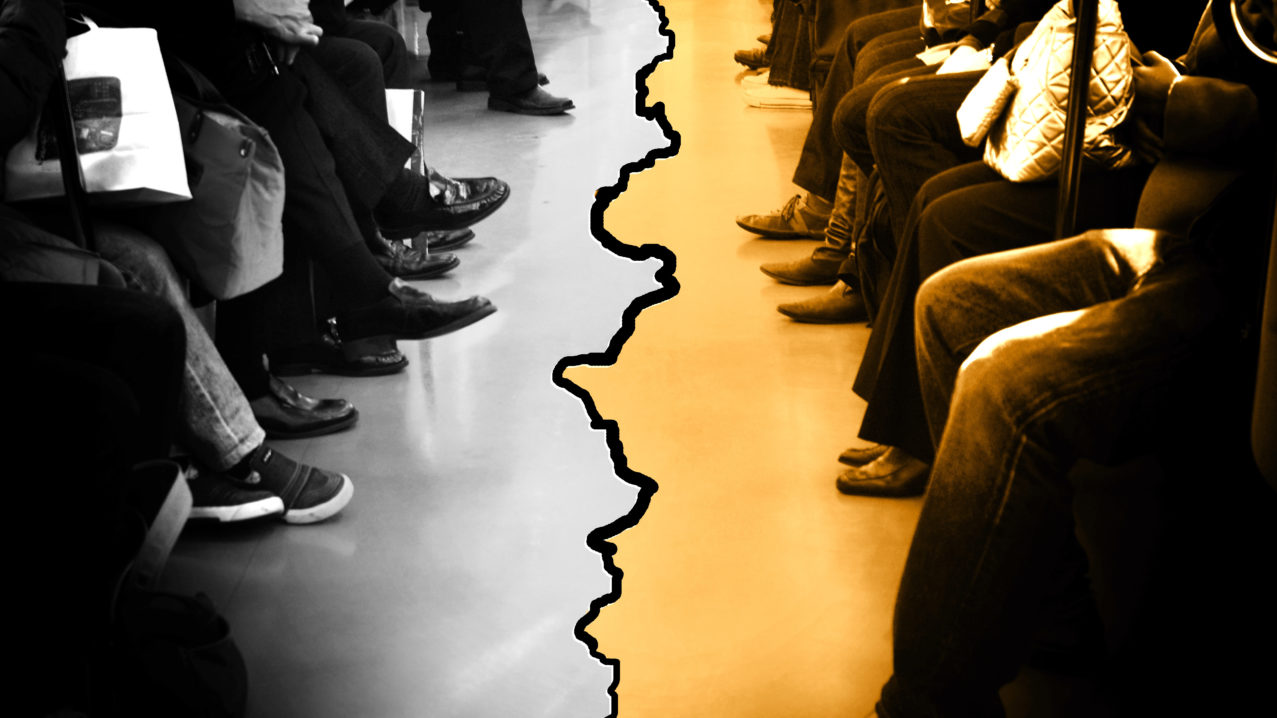 We live in a time when the classical Protestant church [and, less openly, the Catholics and Orthodox] is often divided over political issues – especially over the character of the current President of the United States.  We have Trumpite churches and anti-Trumpite churches.

Praise God, we still have plenty that are neither.

Earlier this year, U.S. Attorney General Jeff Sessions quoted Romans 13 in a context that was quite irrelevant.  Yes, all legitimate civil government is ordained by God.  God is in control of history, and so Donald Trump is ordained by God in some sense – and so was Barack Obama before him.

That does not mean that God approves of everything these ordained people do, or that they will not be judged for it in the end.  [By the way, neither ‘America’ nor any other political entity, as such, will be called to account at the judgment seat].

But perhaps we should move one chapter further.  Romans 14 is an important passage, and we read:

One person esteems one day as better than another, while another esteems all days alike.  Each one should be fully convinced in his own mind.  The one who observes the day, observes it in honor of the Lord, since he gives thanks to God, while the one who abstains, abstains in honor of the Lord and gives thanks to God.  For none of us lives to himself, and none of us dies to himself.  For if we live, we live to the Lord, and if we die, we die to the Lord . . .

And then there was the factionalism of the Corinthian church:

We all have some teachers and writers that we find more useful than others, and there’s nothing wrong with that as such.  But to define ourselves on the ‘team’ of our favorite teacher is not befitting us as believers.  It’s bad enough when it’s Christian teachers we adulate.  But it is definitely over the line when it comes to politicians.

The Bible has plenty to say about justice and injustice, but as far as I know there is not one verse that indicates that anyone is entitled to resources from the state for any reason.  [If someone can find one, let me know].  And that’s true of the red letter passages as well as the black ones.  [I bring this up because a lot of people want to drive a wedge between Christians based on Jesus’ quotations].

At the same time, the Bible doesn’t say that the state can’t distribute resources.  There are dangers in this, that an excess of resources may go to the more politically powerful or connected, a category which overlaps with, but is not identical to, the ‘rich’.  I agree with Francis Fukuyama that the central problem of politics is the drift toward ‘patrimonialism’, or crony capitalism, regardless of the form of government.

The dangers that C. S. Lewis pointed out in his essay, ‘Meditation on the Third Commandment’, in God in the Dock have hit us with full force.  He declares,

The Christian Party must either confine itself to stating what ends are desirable and what means are lawful, or else it must go further and select from among the lawful means those which it deems possible and efficacious and give to these its practical support.  If it chooses the first alternative, it will not be a political party.  Nearly all parties agree in professing ends which we admit to be desirable – security, a living wage, and the best adjustment between the claims of order and freedom.  What distinguishes one party from another is the championship of means.  We do not dispute whether the citizens are to be made happy, but whether an egalitarian or a hierarchical State, whether capitalism or socialism, whether despotism or democracy is most likely to make them so.

I believe that Christians can legitimately differ on these issues.  Why should the devil have any one political party to himself?  I must admit, however, that I find it hard to think that a true Christian can believe in abortion ‘rights’ in most situations.  As to same sex marriage, I think a Christian can take any position with regard to civil law.  However, I believe to validate such a marriage by church law, or recognize it, is heretical.

The one great mistake of the Protestants, I believe, was to make marriage an exclusively-civil matter, allowing pastors to solemnize civil marriages.  I would say, what were they thinking?  But of course, they had no idea of Christians living in a society that was governed on non-Christian principles.

And besides, I just read the 1947 classic Family and Civilization by Carle Zimmerman, which has been reprinted by ISI fairly recently.  The author, far advanced for his time, saw the shift from the domestic family to the atomistic family [yes, in 1947!] and forecast today’s situation.

The Religious Right has chosen to address only two symptoms of the atomistic family:  abortion and homosexuality.  They have not dealt with the issues of divorce on demand of one partner, or of fornication and cohabitation, or of the whole issue of the ‘atomistic family’, which lies behind all of these.

I think the church needs to take the lead, and it will primarily do so through church discipline, by policing the boundaries within the church and at the Lord’s Table.  Then perhaps we can set an example – a ‘wisdom contest’ as James Davison Hunter describes it – that might be attractive to the world.