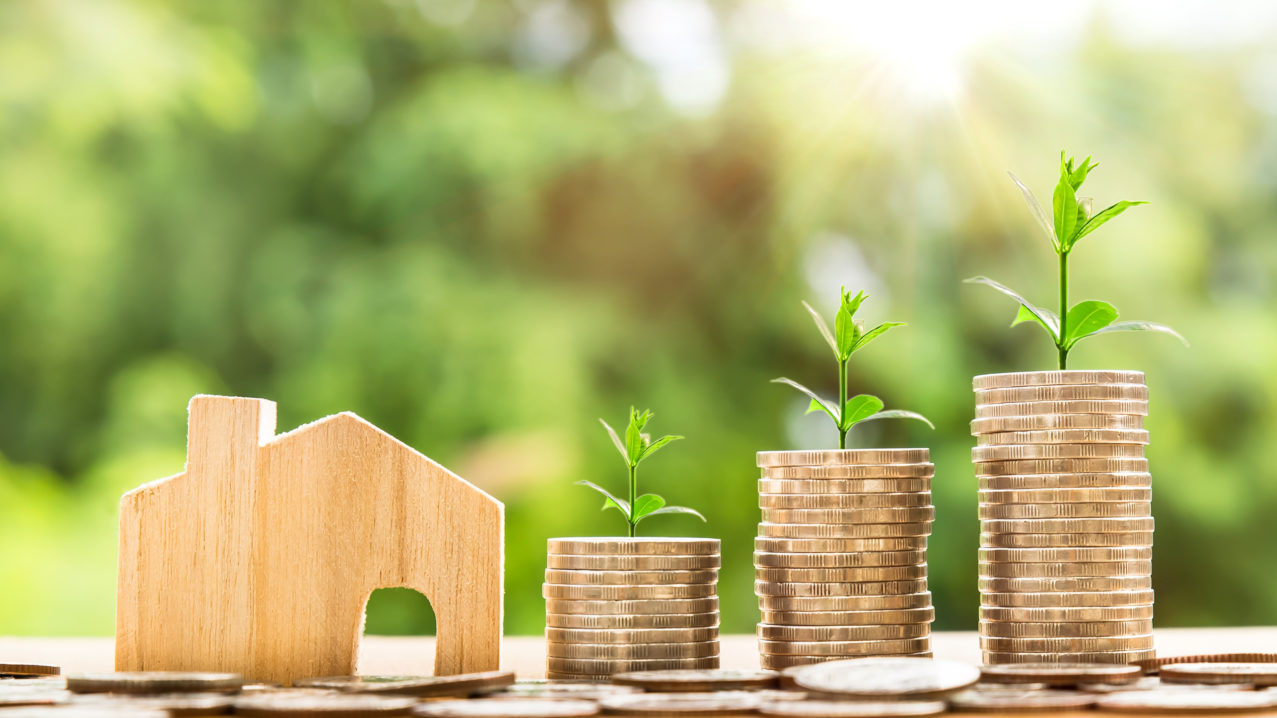 But if you think of capitalism as economic liberty, then there are several New Testament passages that argue in favor of it.  I want to explore three passages that bring out foundational issues regarding the nature of economic justice and demonstrate a biblical sympathy with liberty and the market.

The Son of God certainly had the power to rearrange the atomic structure of rocks into the carbon, hydrogen, and oxygen atoms found in bread.  We do not.  I suppose we could if we worked on it, but it would be an expensive way of solving the world’s hunger problem.  Scarcity is a real and tenacious problem of human existence.  So when we talk about ‘justice‘ or ‘entitlements‘, we must be very careful about what we are asking for.  Every human being cannot have a claim on a specific quantity of a finite and limited resource such as food or land.  Whatever ‘justice’ is, it cannot be that.  If someone decrees that the demands of justice require large amounts of certain scarce resources to exist in order to meet certain vast needs, he submits to the temptation that Jesus resisted, the temptation to turn stones into bread.

Property rights are not somehow inferior to other human rights.  They are the only juridical rights to resources, the only economic rights that exist.  Healthcare is a finite resource; therefore every human being cannot have a juridical right to healthcare.  If every human being is to have modern healthcare, it requires that resources be commanded into existence. The problem of ‘distribution’ is one of a) allocating a finite resource, and b) keeping incentives in place for the increase (still not to infinity, or to complete satisfaction of all possible demand) of that resource.

Minimum wage laws are an example of the ‘stones-into-bread’ error.  The historic Christian tradition, especially in Roman Catholic thought, offers many arguments for why a voluntarily agreed-to wage under a certain amount might be unjust under certain conditions.  The passages often quoted in this connection, however, seem not to speak to the issue of a minimum wage but to the issue of employers who default on their contracts.  Employers were next to impossible to sue and collect from in those days, so this sort of admonishment was necessary to protect the laborer. One can argue that jobs paying less than a certain amount should not exist, just as I would agree that certain kinds of jobs involving extreme hazard or abuse should probably not exist; but we have to see it that way.

It must be understood that decreeing a minimum wage is not the same thing as decreeing into existence the money to pay for it.  As a consequence of a decreed minimum wage, fewer people will be hired.  How few depends on something called the ‘elasticity of demand for labor’.  The extra money to pay for these higher wages may be taken from someplace else in the firm, such as, in the worst case, investment in capital.  Furthermore, the minimum wage sometimes can be an incentive to hire fewer workers by investing in more machinery and technology.  This is the one argument for a high minimum wage that is economically arguable.  It is interesting that one never hears it advanced! Another argument is the Keynesian one, that the people who actually get the increased minimum wage will spend enough of their new money to recreate the jobs (at the new wage level) that were priced out.

Now, it is a worthwhile argument to say “Yes, this is what justice requires, and we simply have to live with the fact that if we do what God requires, fewer people will be hired,” but to simply deny or overlook the fact that fewer will be hired is to commit the sin of presumption.  There is an issue of justice here as well, for greater numbers of skilled workers are more likely to be hired than those who are less skilled or unskilled.

Another example of the ‘stones-into-bread’ error is the issue of working hours and working conditions. The Sabbath commandment concerns both worship and rest.  Where it has to do with rest, it is in the section of the law that contains commandments regarding our duty to our neighbor, and is therefore of interest to civil law.  The civil government may make laws about working hours, working conditions, and even the speed of work, since that can be a health issue.  Such laws, however, impose costs on business and workers, and it is wrong not to take these costs into account.  Furthermore, these costs can be borne more easily by larger businesses that are well-capitalized.  The effect of cost-imposing regulations is that they almost always favor the well-capitalized organizations and the rich, who have the power to make an organization well-capitalized.

“For the wages of sin is death, but the gift of God is eternal life in Christ Jesus our Lord” (Romans 6:23).

This famous gospel passage pertains to economic ethics in this way:  there is a distinction between the entitlements of justice [‘wages’] and the work of charity or love [‘gift’].  The poor need help with their material needs, which are not an issue of entitlement but of charity.  The poor also need legal justice in the courts, because they are usually relatively powerless in the legal system.  But charity and justice are distinct.  In fact, educated people in our own culture, and these not necessarily Christians, have raised concerns about the ‘explosion of rights’ in our society.

It is certain that in many situations the poor are in fact oppressed and treated unjustly.  Around the globe there are far too many ‘kleptocracies’ [regimes where the political rulers exercise ultimate authority over all property and give it to whomever they will] that have kept many people poor.  Sometimes, also, it is not that oppression is the cause of their poverty, but that their poverty makes them vulnerable and therefore available for oppression.

The Thieves of Compassion

“But one of his disciples, Judas Iscariot, who was later to betray him, objected, ‘Why wasn’t this perfume sold and the money given to the poor?  It was worth a year’s wages.’  He did not say this because he cared about the poor but because he was a thief; as keeper of the money bag, he used to help himself to what was put into it.” (John 12:4-6).

There are many texts in the Bible on love and compassion for the poor.  There are also many texts on covetousness and modesty.  For example, Paul makes some specific recommendations to women in 1 Timothy 2:9-10: “I also want women to dress modestly, with decency and propriety, not with braided hair or gold or pearls or expensive clothes, but with good deeds, appropriate for women who profess to worship God.”  On a couple of occasions Jesus even recommended people to divest their properties and give the proceeds to the poor (Matthew 19:21, Luke 12:33-34).  On these occasions, however, Jesus had the spiritual good of the people primarily in view; the fact that more resources were made available to the poor was a secondary consideration.  Excess in material things [luxury] can lead to the sin of pride and idolatry.  It can make us proud of ourselves, or obsessed with ourselves, and indifferent to God.  The reason that excess is condemned, therefore, is not for the materialistic reason that it diverts money from the poor, but because it can divert our worship and attention from God to our own outward beauty or wealth.

We often hear arguments that we ought not to build a beautiful building, commission a work of art, host a celebration, or even provide for the defense of our nation, because there are poor in the world.  The argument that we ought not do any particular thing because the poor exist is the argument of Judas, and if you hear it made, know that thieves are about who want to get their piece of the action.

These are only three examples of Scripture that speak to the biblical basis of the free market.  Many more could be cited, and such exegesis is the good work of those who are friends both to religion and freedom.  Such New Testament roots of economic liberty, taken together, will provide a sound foundation for our economic and political culture.

An earlier version of this post originally appeared in Religion & Liberty, Vol. 7, No., 1 (January/February 1997), a publication of the Acton Institute.