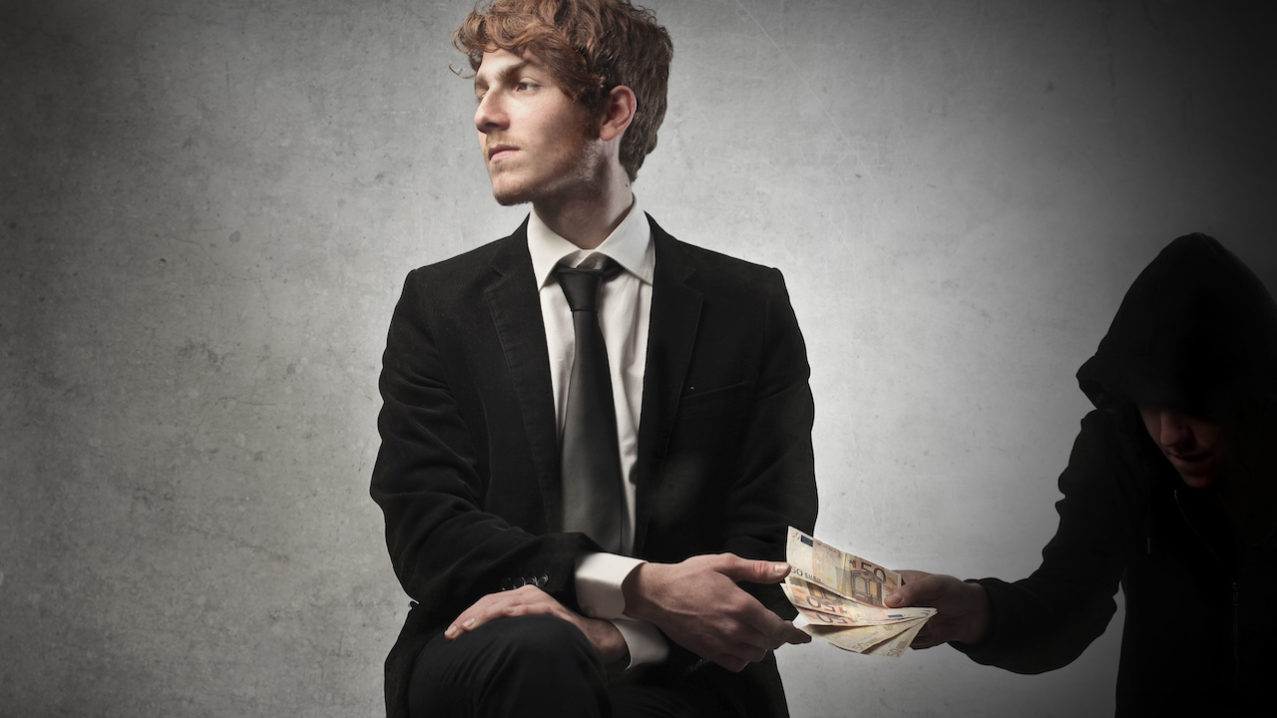 This essay summarizes some of Francis Fukuyama’s historical perspective and insights on the problem ‘patrimonialism’ and its effect on society.  I briefly suggest some ways to address patrimonialism, and also identify factors that shape patrimonialism in California and elsewhere.

According to Francis Fukuyama, to understand the problem of patrimonialism – what you and I might call ‘corporate welfare’ or ‘crony capitalism’ – we must understand fallen human nature:

Natural human sociability is built around two principles, kin selection and reciprocal altruism . . . These forms of social cooperation are the default ways human beings interact in the absence of incentives to adhere to other, more impersonal institutions.  When impersonal institutions decay, these are the forms of cooperation that always reemerge because they are natural to human beings.  What I have labeled patrimonialism is political recruitment based on either of these two principles [The Origins of Political Order, 439, italics in original].

And, to make the point clearer:

Modern states create strict rules and incentives to overcome the tendency to favor family and friends . . . But the force of natural sociability is so strong that it keeps coming back, like the proverbial thief who, being blocked by a locked front door, tries the back door, windows, and basement crawl space.

It seems to me fair to say that the American state has been repatrimonialized in the second half of the twentieth century, much in the same way as the Chinese state in the Later Han Dynasty, or the Mamluk regime in the century prior to its defeat by the Ottomans, or the French state under the Old Regime [Political Order and Political Decay, 478-479].

Before Americans, Britons, or Germans get too self-satisfied about their own political systems, however, it is important to note that the problem of patrimonialism is never finally solved in any political system . . . [R]eliance on friends and family is a default mode of human sociability and will always return in different forms in the absence of powerful incentives to behave otherwise.  The modern, impersonal state forces us to act in ways that are deeply in conflict with our own natures and is therefore constantly at risk of erosion and backsliding.  Elites in any society will seek to use their superior access to the political system to further entrench themselves, their families, and their friends unless explicitly prevented from doing so by other organized forces in the political system.  This is no less true in a developed liberal democracy than in other political orders, and one can make the argument that the process of repatrimonialization continues into the present [Political Order and Political Decay, 208].

Fukuyama explains that all states were originally patrimonial.  The first non-patrimonial state was China under the Qin and early Han around 200 B.C. [Political Order and Political Decay, 10]. Around 100 A.D., the state reverted to patrimonialism, but according to Fukuyama, the “Impersonal state administration was restored only during the Song and Ming dynasties beginning in the second millennium A.D.” [The Origins of Political Order, 101].

If patrimonialism is so powerful as a human impulse, why, indeed, would anyone ever adopt a non-patrimonial state?  One incentive is military.

Ancient China, Prussia, and Japan all felt themselves engaged in prolonged struggles with their neighbors in which efficient government organization was critical to national survival [Political Order and Political Decay, 199].

Military struggle created incentives to tax populations, to create administrative hierarchies to provision armies, and to establish merit and competence rather than personal ties as the basis for recruitment and promotion.  In the words of the sociologist Charles Tilly, “War made the state and the state made war” [Political Order and Political Decay, 10].

The prospect of being conquered does concentrate the mind wonderfully.  But change does not always take place because of the threat of invasion or conquest.

The second route to state modernization was via a process of peaceful political reform, based on the formation of a coalition of social groups interested in having an efficient, uncorrupt government [Political Order and Political Decay, 201].

In Britain and America, economic modernization drove social mobilization, which in turn created the conditions for the elimination of patronage and clientelism.  In both countries, it was new middle-class groups that sought an end to the patronage system.  This might lead some to believe that socioeconomic modernization and the creation of a middle class will by themselves create modern government.  But this view is belied by the Greek and Italian cases, societies that are wealthy and modern and yet continue to practice clientelism.  There is no automatic mechanism that produces clean, modern government, because a host of other factors is necessary to explain outcomes . . .

Even within the United States, not all the new social actors produced by industrialization signed up with the Progressive movement.  As we saw, the railroads figured out how to make use of the existing patronage system to their own benefit; in many cases it was rather the customers of the railroads – the merchants, shippers, and farmers – who led the charge against what they perceived as a cozy relationship between the railroads and politicians.  There was in a sense a race between the newly organizing middle-class interests opposed to patronage and the existing urban machines to sign up new social groups like recent immigrants [Political Order and Political Decay, 205].

And there was yet another factor, a spiritual one:

Self-interest explains only part of the reason that different social groups push for change, and it does not capture the high degree of moralism that often accompanies such movements.  In each of these countries, individual leaders of reform movements were motivated by personal religiosity [Political Order and Political Decay, 206].

So, the whole issue of ‘crony capitalism’, ‘corporate welfare’, or ‘patrimonialism’ turns out to be the central problem of political science.  And it seems there are ways to solve it. First, make sure there is an influential class in society that perceives itself to benefit from a non-patrimonial order of things.  Second, it’s essential that we seek spiritual renewal in at least a critical sector of society.  The ‘religious right’ and ‘religious left’ are noisy in our society, but instead of focusing on this central problem, they have amplified more peripheral issues.

The California Policy Center recently published a collection of essays [which I funded, in part] about “How local officials can end corporate welfare and unleash markets to create prosperity in California communities.”  The essays reveal the dangerous repatrimonialization of many California cities and the state of California itself.  New factors have aided this devolution.  Most of them seem to me to be effects of the world of media – of radio, television, and the Internet.

First, the expense of communicating through various media has forced practically all politicians [whether they want to or not] to take a greater interest in the ‘donorate’ or ‘donorocracy’ than to the electorate.  It is the donorate that they spend time with; the donorate to whom they devote half their days dialing for dollars.  Under such conditions, one is a crony capitalist politician, or one is not a politician at all.

Second, many industries are so regulated that in order to be in, say, real estate, banking, or the savings and loan industry [Yes, Dad!], one is either a crony capitalist or one is not a capitalist at all.

Land use, in particular, is highly controlled.  ‘Ownership’ now means not the right to use property according to one’s own desires, but to buy and sell and profit from it as one can.  And, increasingly, as Timothy Sandefur has pointed out in The Permission Society, rule of law [known in the real estate industry as ‘by right’] has been replaced by case-by-case permission.  The more influential groups with access can get used to this very quickly.  Those who do not have access can’t.

Third, the media world has turned the world of the Founding Fathers on its head.  Local government is no longer close to the people, though it certainly is close to local elites and to homeowner neighborhood preservation groups.  We now know most about the President of the United States; a little less about the House, Senate, and Supreme Court; even less about our state governments; and the very least about our local governments.  [The Founders would have been appalled to hear us describe the elections where Congress, but not the President, is on the ballot as ‘off year elections’.]

The book Stealth Democracy, by John R.  Hibbing and Elizabeth Theiss-Morse, describes the actual attitudes of the public.  The more a part of government is in the public eye, the less it is trusted; local government is, sad to say, more trusted than national government; even sadder, unelected bureaucrats are trusted more than elected officials  [I have made the Swiftian suggestion that we ought to start letting our bureaucrats take bribes, to put them on an even playing field with our elected officials!].

So perhaps the problem of crony capitalism is not entirely the fault of crony capitalists.  We all need to look to ourselves.  We need to make sure that there is some kind of powerful constituency that sees itself benefiting from anti-patrimonial, impersonal, honest government, the rule of law, and accountability.

Editor’s Note: An older version of this essay appeared as a Preface in the 2019 publication, With Friends Like These from The California Policy Center.