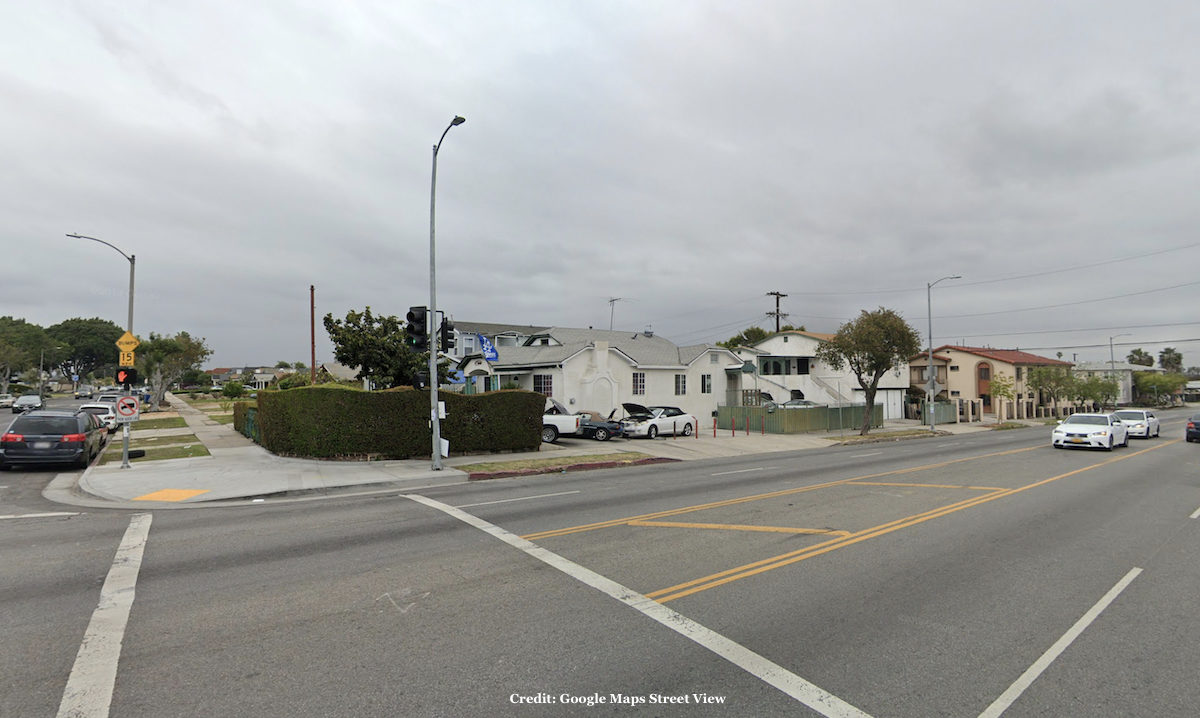 It was late February, and I was on my way to a men’s retreat in Malibu, California.  And I had some extra time.  [This was at a point when the coronavirus seemed to be confined to China and the Po Valley of Italy.]  So I drove through Fox Hills, an apartment complex that my dad had helped develop 55 years earlier.  I ended up heading east on Slauson Avenue in order to see the under-construction Crenshaw Metro line.

Just beyond Crenshaw I was looking for a place to turn around, either by making a U-turn or going around the block.  Slauson is a four-lane road, and the left lane heading back westward was backed up from the signal at the corner of Crenshaw past the next little residential street.  But there was a gap and I turned.  However, I was not watching the traffic in the right lane.  And, lo and behold, a woman crashed into me.

I was at fault, because she had the right of way.  Neither of us was injured bodily, though she may have been in emotional shock.  We both pulled over into the residential street.  The woman initially had a problem with the fact that my insurance card was not up to date.  In fact, our family office had renewed my policy, but the requisite cards had not yet been put in all the cars.  And the woman eventually decided not to call the police.  Meanwhile, a man, watching from the street, pulled out some kind of a tool and tried to push the body of my car away from the tire, which was dragging against it.

We were in a black neighborhood.  The woman who ran into me, and the bystanders on the residential street who helped me, were black.  And, certainly, they may have had private thoughts about the fact that I was white.  For one thing, I was not wearing a shirt.  When young black males are shirtless, they sometimes attract unwelcome attention from the police.  And I suppose that was a sign of my ‘white privilege’.  But none of that was brought up.  Instead, I felt I was treated with reasonable kindness and courtesy by the people of the neighborhood.

I was able to drive the car as far as a nearby gas station and repair shop.  The mechanic also tried to push the body of the car away from the tire, but unsuccessfully.  So he let me park the car on his lot while I arranged for a tow truck, and he didn’t charge me.  [He was Latino.  I wish we would hear more from them about their experiences with the police and other matters.  Half of Californians are neither black nor white.  I’ll confess that I thought, why couldn’t a black person have that job in that neighborhood?]

Eventually, with the help of my office, a tow truck came to take my car back to Orange County, and a Uber driver arrived to take me to Malibu.  But I am pleased with the fact that everyone in the neighborhood had checked their prejudice and didn’t play the race card.  People like that will lead the way to reconciliation, if it is ever to be achieved.